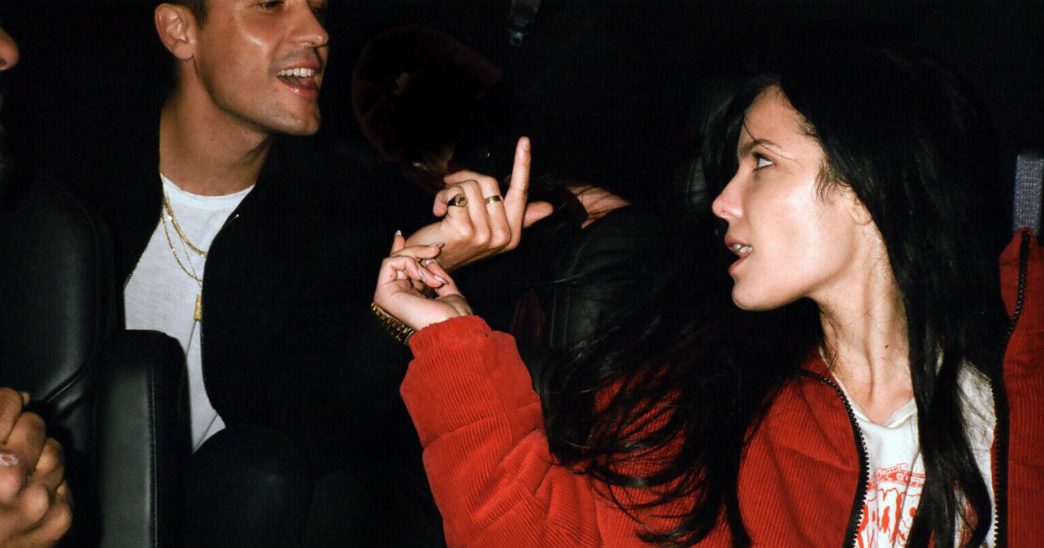 By now, G-Eazy and Halsey‘s relationship is no secret. Just as their new song says, G-Eazy and Halsey really are the “2017 Bonnie and Clyde.” Released on December 1st, “Him & I” is already climbing its way up the charts, and was quick to become a favorite among fans of both artists.

“Him & I” is the second single off of G-Eazy’s album The Beautiful & Damned, set to come out on December 15th. This track takes us inside of the couples undying love and loyalty for one another. G-Eazy handles all the verses while Halsey takes over the hooks and chorus. Some standout parts of this track include G-Eazy echoing Halsey saying “I love you, baby,” followed by her giggling, which fans really went wild for. Halsey tweeted a fan back that her giggle took three tries to perfect.

Like Halsey’s Hopeless Fountain Kingdom album, this song gives off major Romeo and Juliet vibes. One of G’s verses states that he “wouldn’t see the point of living if one of us died.” Throughout the song we see each artist as an individual, as well as the ways their love molds them into one person. The chemistry between these two artists is out of this world. And of course, the pair both took to their individual social media accounts to excitedly share the entire experience with their fans.

this song is so special to me. i made it with someone i love for the people we love. enjoy guys 🙂 Him & I out now ❤️❤️ @G_Eazy https://t.co/pmhdgpGyDV pic.twitter.com/XYLdmFBM89

Him & I️ video with @halsey out right now! One of my favorite videos I’ve ever done, because it’s the most real, no extra shit, just her & I️ over a couple days in the city #TheBeautifulAndDamnedhttps://t.co/Q1MLUZGf8D

The couple also launched a homemade lo-fi music video to go along with the song (seen above) filmed this summer in New York City with the help of their friends. In less than a week, the video already has over 7 million views on Youtube. As if the song wasn’t adorable enough, these two really made our hearts burst watching their real life love play out. Honestly, we love this couple and we hope they work on music together again in the future because they’re that good.

One thought on “Halsey and G-Eazy Released Their First Ever Collab, “Him & I””