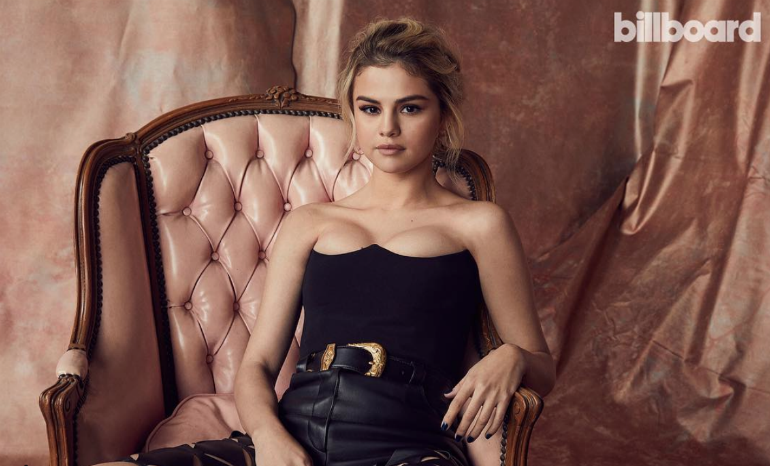 2017 has been an incredibly tumultuous year for women, and especially sexual assault survivors. With the recent sexual harassment allegations dominating the news cycle and our daily lives, it’s no surprise that female empowerment was stressed by the honorees at this year’s Billboard Women in Music Event.

Camila Cabello performed an acoustic version of her smash hit “Havana” before accepting the Breakthrough Artist Award from her friend Diplo. She dedicated the speech to her mom, saying, “Whenever you’re the most afraid, that’s when you’ve gotta make the jump.”

Actress Taraji P. Henson presented Mary J. Blige with the Icon Award. She highlighted her personal journey and struggles as well as the responsibility that comes with being an icon. She vowed to fight for women everywhere, saying, “I’m a fighter, I’m here, and I’m out here fighting for you.”

Kelly Clarkson performed “Meaning of Life” before accepting her Powerhouse Award. Clarkson discussed motherhood, her friendship with fellow artist Pink, and the banality of women being pitted against each other. She said, “Once women start really respecting each other as artists, then men will.”

Kehlani took the stage to sing an acoustic version of her new single “Honey,” before Nick Cannon presented her the Rule Breaker award. She stressed the importance of artists being outspoken and thanked just about everyone in her life that has helped her get to where she is today.

Solange received the Impact Award and proclaimed just how excited she was to witness new standards of industry and artists paving their way. “It’s a new goddamn day and I’m loving it,” she said proudly.

Grace VanderWaal performed “Moonlight” before Heidi Klum presented her with the Rising Star award. Many tears were shed in the audience as Vanderwaal delivered her incredibly humbling and touching speech.

Despite producing a hit Netflix series, coming out with four chart topping singles, and continuing her reign of Instagram, Selena Gomez has been named ‘Woman of the Year.’ Gomez underwent a kidney transplant over the summer due to complications from lupus, so it was definitely a rough year for her.

co-star Elle Fanning introduced Gomez at the ceremony. She said, “It’s rare to find someone who uses their trials and tribulations to make everyone else stronger.” Her best friend, actress Francia Raisa, who donated her kidney to Selena, presented her with the honor. Gomez delivered an emotional, tearful speech in which she immediately thanked her friend for saving her life. She then went on to acknowledge her peers in the industry for lifting her spirits up.

All of the honorees at this year’s ceremony were truly deserving of their awards, and we’d like to mention a few more women in music that embodied female empowerment in 2017.

This was Cardi B’s year. She’s a reminder that if you work hard, your dreams can come true.

Even during this ongoing legal battle in which Kesha was sexually assaulted by a producer, she still managed to make a triumphant return to music. Her album “Rainbow” debuted at No. 1 on the Billboard 200 to universal acclaim.

Sza’s CTRL is one of the best albums of 2017. She is unique and soulful and her debut album is deeply personal and strikingly relatable In 2017’s male dominated charts. Sza was a breath of fresh air this year. Her album explored themes of sexuality, vulnerability, control, and gave a crucial glimpse into what it’s like to be a black woman in our culture.

Throughout her entire career, Pink has been known to push the boundaries of artistry and forge her own path when it comes to her music. This year has been no different. She received the Video Vanguard Award this year at the MTV Video Music Awards. In her speech, she gave a heartfelt anecdote about her daughter Willow and how we need to change our rigid standards of beauty.

Lady Gaga is a force of nature. In addition being one of our generation’s most prominent and polarizing artists, her activism has always been at the forefront of her platform. She’s currently bringing awareness and fighting for women who are sexual assault survivors. She’s been very open about her personal struggles this year. In her Netflix documentary, Gaga: Five Foot Two, it was revealed that she suffers from chronic pain. And she also went through heartbreak. So if you didn’t believe it before, yes she’s human.