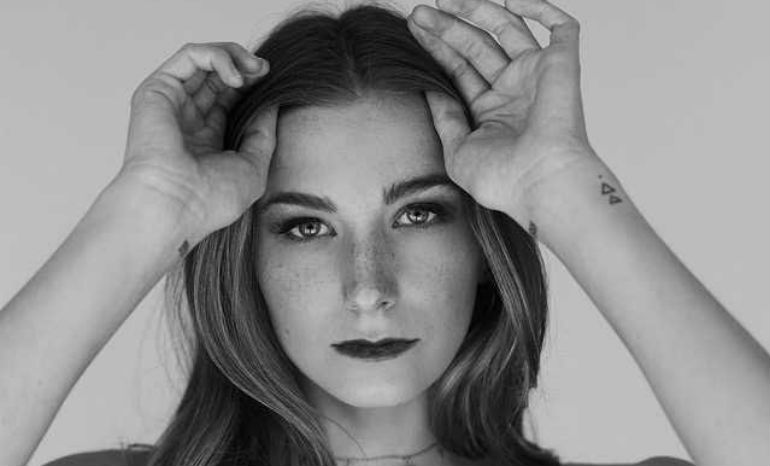 Harlie is a Los Angeles-based dark pop artist on the rise, and you need to keep your eyes on her. Her first single, “Atmosphere,” and newly stripped down version of “Tried to Be Nice,” are filled with vulnerable and relatable lyrics. Recently, Harlie sat down with us to talk about her music and why it’s important for her lyrics to be transparent. Check it out:

Hey Harlie! Thanks for chatting with us today. You recently released a new version of your song “Tried to Be Nice” with Phantoms. What does this song mean to you?

Collaborating with Phantoms on this song was such an incredible experience. We felt like the song was very different and told a clear story, which is why I felt that it lent itself to a stripped-down version.

What did you hope to accomplish with this stripped-down version of the track that you didn’t in the original version?

I think in the stripped down version, you have more of an opportunity to hear the lyrics and feel how heartbreaking they are. I really enjoyed slowing it down and getting to the heart of the song through the acoustic version. There are no distractions, just a voice and melody.

Your lyrics in this song, and in your previous single “Atmosphere” seem brutally honest. Do you ever feel nervous putting your stories out like that?

Absolutely. It’s scary to sing about things that are very real to you in hopes that other people feel or have felt the same way. The only real way to connect is by being honest and putting out a real version of myself and my experiences, no matter how personal and difficult they are.

You worked with Major Crimes star Graham Patrick Martin to give “Tried to Be Nice” a visual life. What was that process like?

Everything came together pretty quickly! Graham had a very clear vision of what he saw visually for the song and it was completely in line with the way I wanted to tell the story. He pulled together a team fast and was so incredible to work with. Because Graham is an actor himself, he knows how to direct actors in a kind but direct and effective way. It was such a fun experience working with him!

You have some really big things coming at the end of this year, like an EP, right?

I will be putting out three singles in the New Year that I’m so excited to share. They are all very different but very me. One in particular is another brutally honest song about the end of a relationship that I can’t wait to do another music video for.

What can you tell us about that? Will the sound be familiar to “Tried to Be Nice’ and your single “Atmosphere?”

The sound is going to be a little bit different! I would say it’s heavily beat based dark pop. It’s a new sound for me and I’m really excited to have people hear it.

Before we go, what is one feeling you hope to raise out of your listeners when they listen to your music?

That they’re not alone. That there’s someone else out there who’s going through the same things. I especially want women to listen to my music and feel empowered and heard.