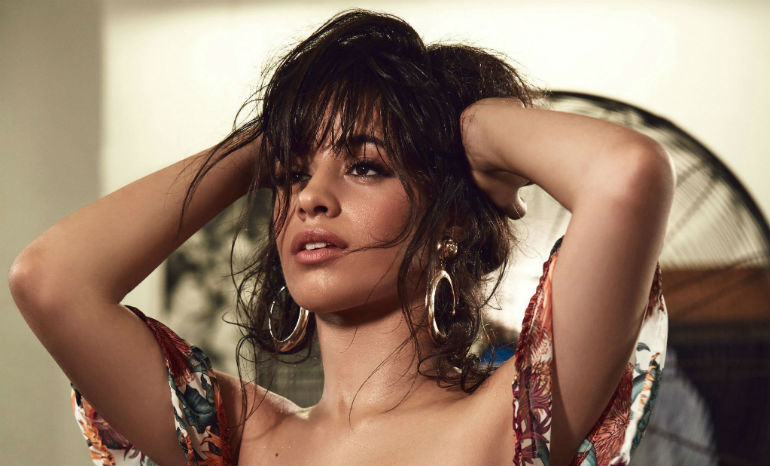 The wait is over. Camila Cabello has finally announced the title, revealed the artwork and the release date of her debut album. The self-titled album, CAMILA, will be released worldwide on January 12th, 2018. It is available for pre-order now and includes 11 tracks (one of them is a radio edit of a song that was released as an instant gratification track); however, the Target exclusive edition will have one extra song.

To tide fans over until the release date, Cabello also dropped two new tracks from the album, “Real Friends,” and “Never Be The Same,” the latter which is highlighted on all streaming services and has been performed live by Cabello numerous times. There is a possibility that it will be released as Cabello’s second single from the album on a future date.

While the official tracklist has yet to be revealed, we do know that Cabello has included her smash hit, “Havana” featuring Young Thug, along with the two instant gratification songs mentioned above.  Notably absent from the album are three songs that Cabello released earlier this year: “Crying in the Club,” her debut single as a solo artist, “I Have Questions,” a song that was released and previewed in the “Crying in the Club” music video, and a collab with Quavo, “OMG,” which she has performed live many times and is continuing to perform live currently on the Jingle Ball tour.

Cabello had previously mentioned in an interview with radio station Z100 New York that all of the songs she had released prior to “Havana” would not be on the album, and it seems that she has indeed followed through with her word.  Previously, Cabello had announced her debut album title would be The Hurting, The Healing, The Loving and it had long been speculated to drop in September. Obviously, that did not happen; the album continued to get pushed back and ultimately, the album title was changed to a short, succinct, self-titled one.

Cabello has teased song titles, “She Loves Control,” “The Boy,” a collaboration with Ed Sheeran, and “A Good Reason To Go” in various tweets this year.  These song titles were revealed before the album title change, however, so it’s not guaranteed that they will be on the album. While it is unknown when Cabello will reveal the full tracklist, I for one am eagerly anticipating which songs made the cut!

Personally, I believe “Real Friends” is Cabello’s best work so far and deserves a lot of recognition. It’s a slow, chill tempo track about trying to find real friends in a place where there seem to be so few. The song showcases some of Cabello’s best writing and is honestly the type of music I wanted her to make following her announcement as a solo artist last year.

Are you counting down the days until CAMILA is released? Let us know your thoughts on her two new tracks and what you hope to see from her album in the comments section or tweet us @Soundigest.