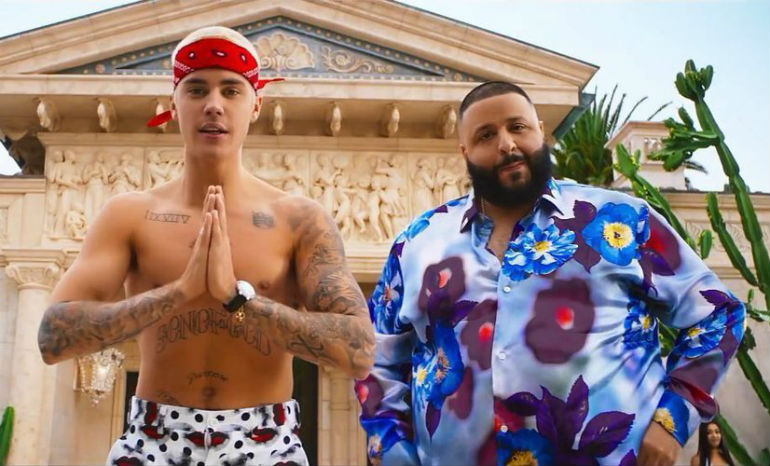 Music collaborations essentially took over in 2017. Between Latin stars with pop stars to pop stars with rappers, some of the collabs were very surprising but became huge hits. Let’s take a listen back to some of the best collabs we have seen this past year.

“Despacito Remix” – Luis Fonsi and Daddy Yankee feat. Justin Bieber
Whether you love it or hate it, this song ruled in 2017. While the original was already a mega hit, adding Bieber to the remix launched this song into a huge success. It went on to become the most viewed video on YouTube in history with almost 4.5 billion views and was nominated for several Grammys. This song will for sure still be stuck in our heads leading into 2018.

“I Dont Wanna Live Forever” – Zayn and Taylor Swift
The Fifty Shades of Grey soundtrack was a surprise hit for the first film so the sequel needed to up the ante with the music choices. Zayn’s sultry voice was the perfect for a song for Fifty Shades Darker and he teamed up with none other than Swift (who is Zayn’s girlfriend Gigi Hadid’s friend) to deliver a song with lyrics meant to swoon. The darker, sensual tone was something different for Swift which was essentially a preview of her next studio album, reputation. This surprising duo delivered a great track to accompany the film and also accompany our brains as this song was one that we could not get out of our heads.

“I’m The One” – DJ Khaled feat. Justin Bieber, Quavo, Chance the Rapper, and Lil Wayne
2017 was huge for Khaled and this song became yet another success that helped him get a number 1 album in 2017. This song with its playful video and sharp versus by Chance and Lil Wayne is one of the most memorable of the year. With lyrics like “Then she went and put that booty on that Gucci belt,” nothing can go wrong.

“Strangers” – Halsey feat. Lauren Jauregui
Halsey’s hopeless fountain kingdom album showed listeners Halsey’s potential by showcasing intricate songwriting and storytelling and unique sound. One of the best tracks from the album featured Jauregui, one-fourth of girl group Fifth Harmony. The women released the duet and kept it genuine and not over dramatized. The two artists are openly bisexual and this song is unique as it covers two girls in a relationship, which is so rarely seen. The song is powerful and Jauregui’s raspy voice was the perfect addition. The two have gotten to perform it together on several occasions too!

“No Promises” – Cheat Codes feat. Demi Lovato
A DJ can produce a great song but adding those pop star vocals can only make the song better. The trio has been around for a few years but really hit commercial success with No Promises. The song has a clean, glistening beat that is not overpowering or crazy bass heavy. Trevor Dahl of Cheat Codes does vocals with Lovato who provides powerhouse talent as the lead. The collaboration is cohesive and inherently catchy. What we can promise is that this song was on repeat for basically all of 2017.

“1-800-273-8255” – Logic feat. Alessia Cara and Khalid
The message behind this rap masterpiece by Logic is incredibly important and is done so well. The song tackles the tough subject of dealing with your inner demons and trying to find the strength to keep going. The title of the song is the number for the National Suicide Prevention Hotline in the US and calls have increased immensely since the song’s commercial release and performances. Cara and Khalid feature to give the song a layer of emotion. The lyrics are painful and beautiful and the song has an extreme conscious that many are searching for in today’s music.

“Perfect (Duet)” – Ed Sheeran and Beyoncé
This song came at the end of 2017 and was certainly a “perfect” way to end the year. The song off Sheeran’s Divide album was already beloved due to its personal and touching lyrics. It was announced Queen Bey would be doing a remix and it was found out that this song could only become better. Beyoncé’s soft vocals accompanies Sheeran’s so well. The artists are two of the biggest names out there so this song was destined for nothing but success. What are we going to have to do to get a full collaboration album next year?

What do you think is the best collaboration of the year? Let us know below in the comments or on Twitter @Soundigest !