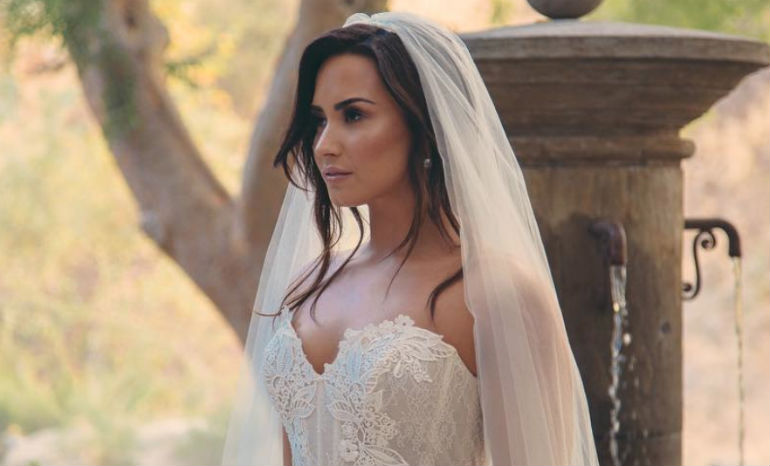 If you’re anything like us, you’ve probably watched Demi Lovato’s new music video for “Tell Me You Love Me” over and over again, just to get your heart broken… over and over again. Grey’s Anatomy actor Jesse Williams stars alongside Lovato in this 7-minute video that will really put you into your feels.

The first two minutes of this video show us a look inside of the couple’s relationship without even playing the song. Jesse proposes, Demi says yes, and our hearts are already captured in the two. Demi then video chats her best friend to tell her the news. The couple shares a steamy moment in bed and that’s when things start to go downhill. Demi receives a call from someone named “Erik,” and when asked about it she gets very defensive, saying, “he’s one of my best friends.” Fans have a theory that this is portraying the relationship Demi has with Nick Jonas and why things ended with her ex Wilmer Valderramma. This causes a fight between the two and more jealousy issues start to arise.

The song kicks in around two and a half minutes later and brings us straight to their wedding day. As Demi is walking down the aisle, we’re still hearing the couple fight in the background. All throughout these fights, Demi keeps whispering “tell me you love me.” Even through all the fights and the jealousy, we see this couples love for each other and we’re rooting for them. The wedding takes place and right when we expect a happy ending, our hearts are shattered. Jesse leaves Demi at the alter stating he “isn’t ready.”

The video ends with Demi all alone at her ceremony and saying, “I’m sorry.” This pairs acting was IMPECCABLE. This song was Demi’s favorite off of the album, which is why she gave it the album title. So, were you as heartbroken as we were while watching this video? Let us know in the comments or tweet us @Soundigest!