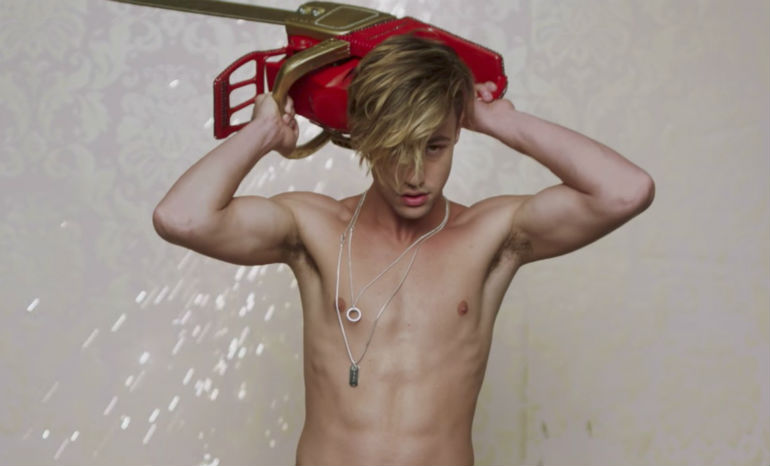 With this year coming to an end, it’s time to share the 10 best music videos of 2017! From alternative artist Lorde to Kendrick Lamar to the Midwest’s own Tiny Moving Parts, there was no shortage of creative talent in these past 365 days, and we’re here to prove it. Check it out:

A music video featuring boys and dogs– what’s not to like?

A dreamlike clip following a futile search for identity, Citizen nails the marriage of relatable and confusion in “In the Middle of it All,” off of their third full length record, As You Please.

Full of striking imagery, the video constituent of the Billboard Hot 100-topping song brings the lyrics to life. It’s no surprise that “HUMBLE.” is GRAMMY-nominated for Best Music Video.

With the full album anticipated to drop January 26, Midwest math rockers Tiny Moving Parts debuted single and music video, “Caution,” along with a preorder for the new record on November 27. You can’t help but smile when watching Dylan, Billy, and Matt as well as their future-janitor selves, rock out for 3 and a half minutes.

A video that perfectly embodies Lorde, the young artist can be found dancing and twirling on top of cars, in the city streets, inside a bathroom- the colors are captivating and Lorde’s melodramatic movements keep you wanting more.

You have to applaud the literalism of this Ok Computer 20th anniversary reissue video, placing front man Thom Yorke in a metal elevator car.

An emotional performance for an emotional song off of Sorority Noise’s heart wrenching third studio album, You’re Not As _____ As You Think, released back in March. The video features front man Cam Boucher still reeling from grief, while introducing us to other characters on their own bereavement journey.

If any 2017 music video were to make you cry over the course of 7 minutes, this would be the one. Another GRAMMY nominee for Best Music Video, Logic’s “1-800-273-8255” shines a light on LGBT youth and shows that sticking around is worth it.

The accompanying video to the title track off of Demi Lovato’s September-released LP details a wedding-day-turned-nightmare for the pop singer, featuring Jesse Williams of Grey’s Anatomy. Forgetting it’s even a music video for the first two minutes, you’re shown their engagement and marriage-threatening jealousy before Lovato even walks the isle, only to be left there by fiancé Williams.

The ever-rare animated GRAMMY-nominated music video, Jay-Z expertly reclaims the racist cartoons that plagued television for years, reminding people that there is no escaping the stigma of blackness.

Did your favorite make the cut? Leave us a comment or tweet us @soundigest to let us know what YOU think was the best video of the year!