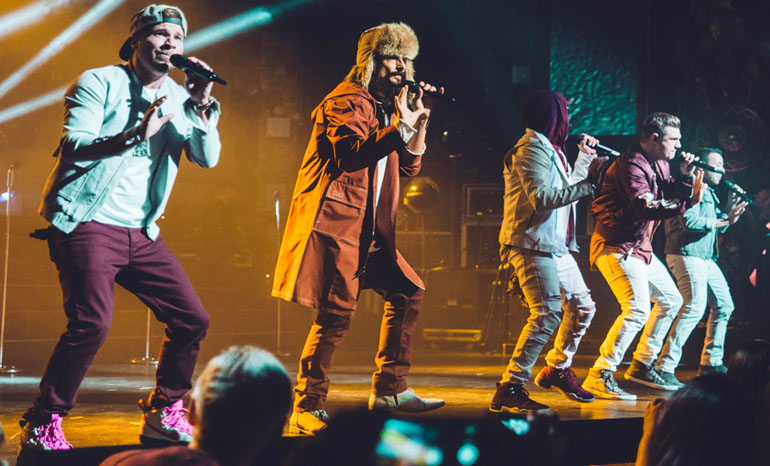 It’s that time of year again! Radio stations throughout the country are currently hosting their biggest event of the year – the holiday concerts! This year, New York’s Fresh 102.7 probably had their biggest lineup thus far for the Fresh Holiday Jam, including the Backstreet Boys and Fergie! The station brought some more surprises along, such as upgrading fans to the first few rows during BSB’s set, and even giving out DSLR cameras to some lucky fans.

After making her big comeback this year, Fergie graced the stage ready and confident, like the fierce performer we’ve always known her to be. She had an awesome live band, with even better backup dancers. Honestly, something you don’t see too often with pop singers is a live band, so I was definitely impressed. Her set included some of her biggest hits, such as “Fergalicious,” “Big Girls Don’t Cry,” and “London Bridge,” but included some new songs off her latest release, Double Dutchess, such as “M.I.L.F. $.” We’re excited to see what’s next for Fergie!

Up next were the Backstreet Boys. Although normally I would be excited to see them, as I once was a huge fan of theirs, being at their show provided an eerie feeling, due to the recent accusations against member, Nick Carter. Accusations aside, fans young and old filled up Beacon Theatre waiting for the legendary boyband. The group opened up with their biggest hit, “Larger Than Life” and played a set filled with other fan-favorites such as, “I Want It That Way” and “The One.” Their set proved that no matter how old you are, music can be such a huge part of your life and you can still go crazy for your favorite boybands!

We can’t wait for next year’s Fresh Holiday Jam! In the meantime, you can check out more of Sarah Waxberg’s photos from the night below: