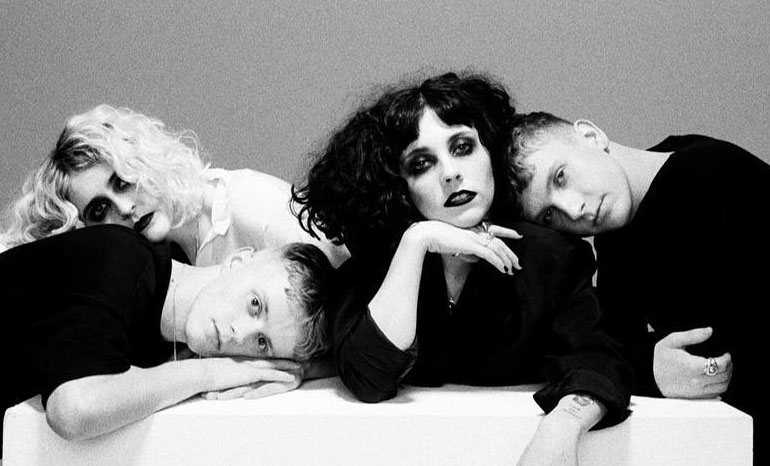 On December 11, alt-pop group Pale Waves released their brand new single “My Obsession,” which will be the second track on their upcoming EP, New Year’s Eve. This passionate ballad is centered around infatuated love and heartbreak. The combination of Heather Baron-Gracie’s melancholy vocals and Hugo Silvani’s smooth guitar skills definitely leaves listeners feeling emo and nostalgic.

In a recent interview with Billboard, lead singer Heather Baron-Gracie explains the inspiration behind “My Obsession” claiming that, “It’s my favorite song. It’s a very complex song, and it has a lot of influences. The main influence behind it is my grandparents. When you see the video, you’ll be able to tell that. I was influenced by how I watched my grandad react after my grandma passed, and how he dealt with that. ‘My Obsession’ breaks my heart every time we play it.”

The single was produced by drummer Ciara Doran with close the guidance of their mentor, Matty Healy of The 1975. Both groups are Manchester natives who are signed to Dirty Hit, and have successfully emerged into the alternative-pop-rock scene. The 1975 has had a heavy influence on Pale Waves’ intriguing sound and overall punk image. In fact, Healy himself helped direct their music video for their second single “Television Romance.” Many fans of both Pale Waves and The 1975 are hyped for more collaborations to come within the next year.

Definitely keep Pale Waves on your radar for 2018! Their first ever EP, called New Year’s Eve is expected to drop sometime during the early months of 2018. Be sure to keep up with their releases by following them on their Instagram and Twitter! We are all very excited to see what direction they’ll go in next!