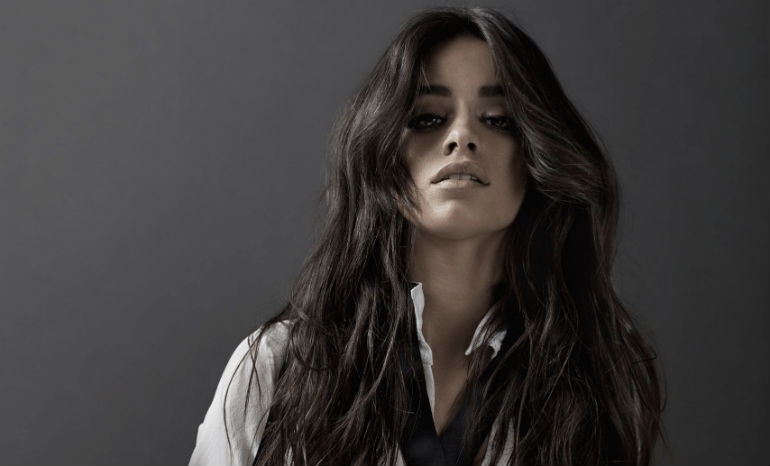 We sadly still have to wait a few more weeks for Camila Cabello‘s debut album, CAMILA, to drop. However, to tide us over in the meantime, Cabello dropped her new single, “Never Be the Same,” and an instant gratification track, “Real Friends.” While “Never Be The Same” is a perfect fit for pop radio, “Real Friends,” in my opinion, is the track that shines and showcases Cabello’s real musical chops. Simply put, “Real Friends” is Camila Cabello at her absolute best.

“Real Friends” is a slow, chill tempo track mainly featuring an acoustic guitar. When I listen to it, I picture Cabello strumming her guitar in a room by herself. Why? Because the melody is a simple, repetitive chord progression accompanied by soft, honest vocals.

In a tweet, Cabello admitted that the song “is about feeling lonely and disilluded by people in LA while I was away from home.” Cabello also shared the artwork for the single which was created by her adorable younger sister, Sofi Cabello, along with a photo of her handwritten lyrics.

Another fun fact about the song is that it was a last-minute addition to the finished album. Cabello admitted that the song “almost didn’t make the album” because it had been finished too close to the deadline. Cabello fought for it to be on the album and thus, it was the final song added to the tracklist.

“Real Friends” could also be seen as a follow-up track to the previously released “I Have Questions.” While “I Have Questions” will not be featured on Camila’s debut album, it was released alongside Cabello’s first single, “Crying in the Club,” and was featured in its music video. A song that many people saw as an ode to her former Fifth Harmony bandmates, “I Have Questions” was a song about a friendship gone bad. Cabello did not reveal who the song was about in particular, but she did say that while she wrote it for one specific person, it could also relate to a group of people.

Cabello mentions the moon a couple of times throughout the song.  The moon has played a significant role in her life, as she has said at a fan Q&A while she was still part of Fifth Harmony, “I’ve just always loved the moon and thought it was really, really beautiful. I’ve always loved to personify it as a friend because I remember being a kid and driving in the car and you always see it.” In “Real Friends,” she says she “stays up late talking to the moon” and then ponders “what’s the point of a moon like this when I’m alone again?” It’s moments like these where her vulnerability shines through and listeners can connect with the emotion she brings.

“Real Friends” will undoubtedly resonate with Cabello’s fanbase, whether or not it becomes an official single. If it doesn’t, it will stay a hidden gem. While Cabello’s second single “Never Be The Same” is taking over radio airwaves, “Real Friends” is not a song to be overlooked.