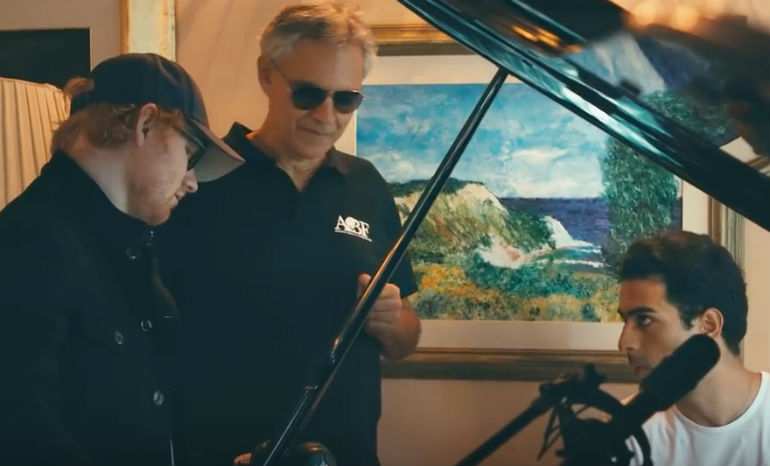 Ed Sheeran is truly a force to be reckoned with, especially this year, which he recently called on Instagram the “best professional year of my life.” Honestly, when we listen to his latest album, Divide, it’s not hard to tell how and why this year has been such an amazing success for him. However, if you were to ask us what the standout song on the album would be, we’d tell you “Perfect,” even though it’s nearly impossible to choose.

That being said, it appears Ed feels similarly about the song, as he’s recently released a couple of different versions of the song that truly left chills running up and down our spines. First, he released a duet of the song featuring none other than the legendary Beyoncé. Even though Bey’s voice isn’t heard until almost two minutes in, her angelic vocals prove to be the “perfect” fit, and a reminder that underneath the heavy production on many of her songs is so much unbelievable and raw talent.

Before we could even catch our breaths from Ed and Bey’s duet, though, he released an additional orchestral version of the song, this time alongside the iconic Andrea Bocelli. Although  it’s what we’d consider to be an unlikely duet, the song sounded incredible backed by a symphony, and even though we pretty much expected it, we loved how Andrea’s verses were sung in Italian. What we didn’t expect, however, was for Ed to finish off the song by joining Andrea in Italian, which, as we all know, is not his native tongue. No worries, though… he nailed it.

If you’re waiting for us to choose which version of “Perfect” we liked best, we honestly can’t even try to decide. Both versions were so different, and each one offered so much more than we ever could’ve expected. What we have decided, however, is that “Perfect” was, and is, still our favorite track off of Divide.