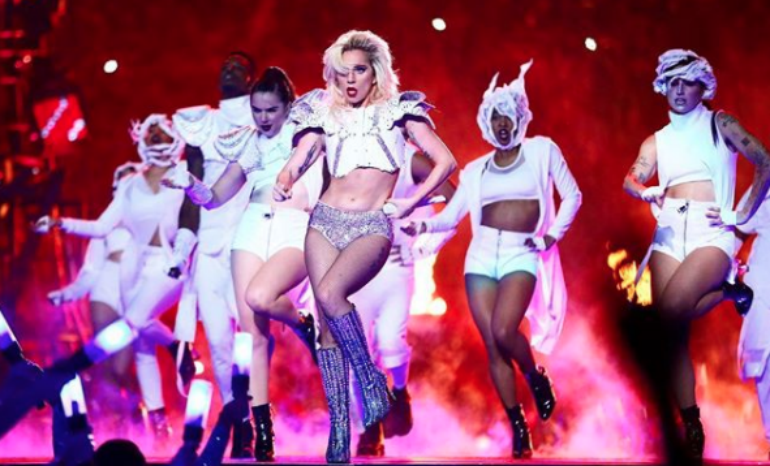 With 2017 coming to an end, there’s one thing we know to be true: this year gave us some iconic performances by some of our favorite artists. The musicians we’re thinking of took the stage this year, vulnerable and confident, and held nothing back. With the year now coming to an end, let’s take a look back and relive ten of the best live performances of 2017. LEGGO!

It was the fall and split heard around the world when Fifth Harmony hit the stage during the VMA’s this past summer. Opening with “Angel” from their latest self-titled album, the girls were standing on a platform when one of them fell off right before the song started, which created plenty of media buzz. The number went from five to four, symbolizing the departure of Camila Cabello from the group. As they switched to “Down”, member Normani Kordei dropped down into a perfect split so seamlessly, had it not been for kicking “Camila” off the stage. it definitely would’ve been the highlight of their performance. The set allowed them to show that no matter what they’ve gone through, they’re here to stay and slay (seriously, though, that split was out of this world).

9. Harry Styles – “Sign of the Times” on The Graham Norton Show

Styles’ debut album was a huge success and showcased his versatility and talent beyond what we saw in his boy band days. Following his performances on Saturday Night Live, Styles was the musical guest on The Graham Norton Show in the UK and sang his heart out on his hit single, “Sign of the Times.” Besides it being great promotion for the album, Styles performed with nobody else at his side and managed to impress, well, everyone. Fans obviously loved his solo performance, as his first headlining tour sold out instantly.

2017 was HUGE for Little Mix, from having a number one album with Glory Days to opening for Ariana Grande on the Dangerous Woman tour in the US. Their performance at the BRITs was full of intergalactic vibes with the girls wearing silver bodysuits and sporting blonde hair. The vocals and choreography were on point, as per usual, and they once again gave us a show stopping performance. All we can hope for is that the girls will return to the US in 2018 so we can have the true honor of seeing them perform live once again.

Kendrick Lamar opened up the 2017 VMA’s this year with a medley of “DNA” and “Humble,” complete with bright lights, fire, and martial artists. It was an explosive performance and perfectly showcased how Lamar is one of the most energetic and powerful rappers of our time. Seeing Kendrick do his thing live is nothing short of a spectacle. His lyrics may say “sit down,” but people definitely did NOT stay seated during his performances because they were just too into it, and to be honest, we don’t blame them at all.

Demi Lovato was the perfect choice to deliver a beautiful rendition of the classic song “Halleujah.” Performed at the Somos Live Telethon to benefit disaster relief by those in the US, Mexico, and Puerto Rico, celebrities gathered together to raise funds. Lovato took the stage with a classic and elegant look, and she was backed by a choir to give the audience a completely flawless performance. Overall, everyone could agree that her vocals were stunning, as usual.

5. Miley Cyrus – “The Climb” on The Tonight Show with Jimmy Fallon

2017 was the year of reinvention for Miley Cyrus. She went back to her country roots and took a more mellow take on her life and music. She quit drugs, spent time with boyfriend Liam Hemsworth, and released an amazing album, Younger Now. Cyrus showed everyone that her Bangerz days are behind her and she is ready to mature as an artist. On NBC’s The Tonight Show, Cyrus took over for a week, making appearances and doing a few performances. She closed the show performing her hit, “The Climb,” and it was so amazing to see her bring back this old fan favorite once again. While we may not get a Hannah Montana reunion anytime soon, at least Cyrus gave us this performance to tide us over. It was the perfect combination of old Miley and new Miley, and now we just want more!

Fountains will usually have a sign warning guests to not go into them, but this did not apply to Drake in 2017. Drake performed “Gyalchester” from his 2017 More Life album while on a floating stage in the famous Bellagio Fountains at the Bellagio Hotel in Las Vegas. With the water show accompanied by the pyro, this was definitely one of the coolest performances of the year. Drake went on to win a record breaking total of 13 awards that evening, which were all rightfully deserved, IMO. If a category for best performance of the evening was up for grabs, he would probably win that one, too.

To celebrate the 20th anniversary of the classic film Titanic, Céline Dion returned to the stage to perform her timeless song “My Heart Will Go On.” With the visuals of the film and the huge, glistening chandelier above her head, this performance was nothing short of magnificent. Dion is an incredible icon, and this performance did not leave one dry eye in the building.

2. Ariana Grande – “One Last Time” at One Love Manchester

Following the tragedy of the attack at the Manchester Arena after Ariana Grande’s Dangerous Woman show, she gathered up a huge lineup of artists to throw a benefit concert in June. Among the mix was Katy Perry, Miley Cyrus, Little Mix, Niall Horan, Justin Bieber, and The Black Eyed Peas. Guests at the show and those watching from home were encouraged to donate money for the We Love Manchester Emergency Fund. Grande closed the show with “One Last Time,” along with all of the other stars on stage at her side. Grande’s heart is so big and her care for her fans and the victims is so genuine. Grande singing with tears in her eyes makes this one of the most emotional performances of the year. The show was very important as it united fans and artists all with a general message to spread love. Thank you Ariana Grande for all that you do.

Lady Gaga’s Super Bowl Halftime Show performance was one of the best in recent years, which is why she sits pretty at number one on our list. No other pop star could pull off jumping off of the roof of a giant football arena, and then lead into a full setlist of their top hits. Gaga jam packed her 13-minute set with old songs from “Poker Face” and “Just Dance” to newer ones like “Million Reasons” from her latest album Joanne. The Super Bowl Halftime Show is a milestone for any musician and Gaga went full throttle. This was the best performance of the year showcasing how she does not hold back on stage. Ranging vocals, perfect dancing, flying around, costuming, and everything about this performance embodied the definition of a star. Where is the petition to feature Gaga in every halftime show until the end of time? Because trust us… we’ll sign it.

What were some of your favorite live performances of 2017? Let us know in the comments below or on Twitter @Soundigest !