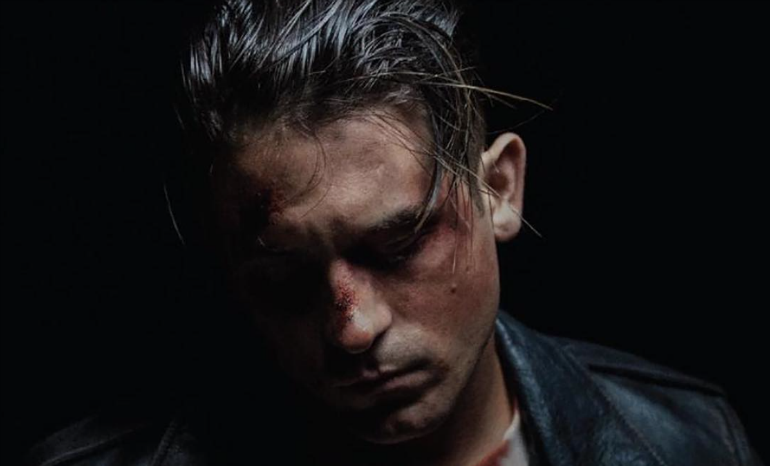 After a successful year with two chart-topping singles, collaborations and features, G-Eazy just released his third major label album The Beautiful & Damned. On this record, we hear two sides of G, which he refers to as “angel and devil” or “Gerald vs. G-Eazy.” Fame is the main theme of this 20-track album and how he handles all aspects of it.

“The Beautiful & Damned,” the album’s title track opens with Zoe Nash singing “Ever seen a devil with a halo? Ever seen an angel with some horns? Everybody got their own demons, everybody fighting their own war.” This song sets the tone for the rest of the album and how G-Eazy views himself and his battles throughout.

“Pray for Me” talks about L.A being the “land of dreams” and having everything going for you, but getting lost in the party lifestyle. This seems to be a common theme throughout the album and his “G” persona. Other tracks such as radio hit “No Limit,” “But A Dream,” “Gotdamn,” “That’s A Lot” and “Legend” all showcase this lifestyle of fame that he worked from the ground up to achieve.

“Sober” featuring Charlie Puth, and “Crash and Burn,” which features Kehlani, show the side of Gerald and his battles along the way. He talks about using substances to escape from the pressure of fame and how it’s pushing those closest to him away. “Fly Away” is a heavier track on the album, which tells the story of leaving a lover who can no longer deal with the way he is handling his emotions.

The album closes out with the track “Eazy,” which reflects on his younger self trying to make it in the industry. The end of the song closes out stating that “G” and “Gerald” can balance each other out and survive side by side.

This LP shows us a glimpse into the ups and downs of the famous lifestyle. He also has a short film that can be viewed on Apple Music, as well as vlogs leading up to the album release based off of all of the tracks. The Beautiful & Damned tour will be kicking off February 2018 in Texas so be sure to get your tickets!