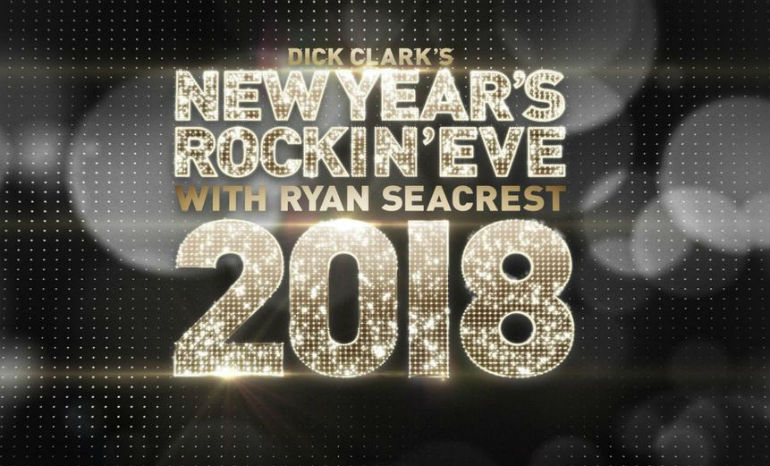 The countdown for 2018 has officially begun! Each year we may all find ourselves at different celebrations and doing different things to end what’s hopefully been another wonderful year filled with lots of health, success, and friends and family by our side. But even as the years change, there’s always something that remains consistent each New Year’s Eve, and that’s Dick Clark’s New Year’s Rockin’ Eve.’

As usual, Ryan Seacrest will be hosting the show all night, alongside his cohost, Jenny McCarthy, live from New York City. Luckily, they won’t be the only celebs helping us ring in the New Year, because the night will be filled with some major stars and performers that have completely exceeded our expectations. Some featured performances will include Nick Jonas, Charlie Puth, Sugarland, Kelly Clarkson, Shawn Mendes, Khalid, Imagine Dragons, and last but certainly not least, BTS!

That’s not all, though! Camilla Cabello will also help us make the transition into 2018 after what’s been a killer year for her with her hit single “Havana.” Also, we’re hoping we get to hear some of Walk The Moon‘s new album What If Nothing when they take the stage in New Orleans.

Alright you guys… grab your hats, your streamers, and your “2018” glasses, because it’s almost time to watch these stellar live performances all before witnessing the ball drop in Times Square. Be sure not to miss all of the action by tuning into ABC during your New Year’s Eve party on December 31 at 8PM EST, because, as we’ve been saying all along, Dick Clark’s New Year’s Rockin’ Eve 2018 with Ryan Seacrest is the ONLY way to properly usher in the New Year!