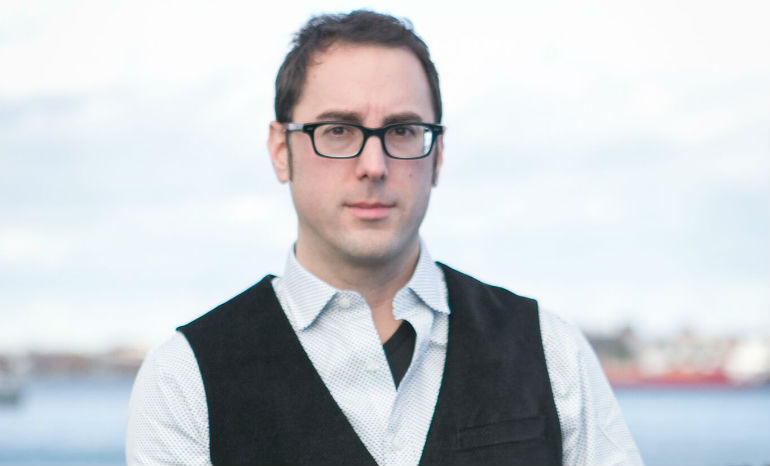 If you’re looking for a rapidly rising star, then look no further! Singer, songwriter, and author Jeff Michaels has an abundance of talent to bring to the table. With his music being heard on films and TV stations across the world and his newly released Christmas single “It’s Been A Long Time, Christmas,” he’s on his way to capturing more hearts. We had the pleasure of sitting down with him and learning more about him and his success thus far. Check it out!

How did it feel to hear your music play on such large TV platforms for the very first time?

Very cool! MTV’s The Real World: Brooklyn was the first placement we ever had and it was a big moment to hear one of our songs we had recorded actually broadcast during a show.

What has been your favorite holiday single to record? Why?

This year’s song, “It’s Been a Long Time, Christmas” was really special because it came so fast, and during a year when I think we really needed to hear a song like this. I really struggled with what was going on this year in the world, as did so many. I think we recorded the full song and video start to finish in under three days, which is incredible. When that magic happens it just tells me that the world really needed a song like this.

Personally, what is your favorite part about being a musician?

Great question! I feel very lucky that I get to express whatever I want to express in so many different ways. Being a musician helps you process things not just for yourself, but for others who aren’t artists. It’s not a job any musician should ever take lightly—right now especially we need more artists in the world sharing their gifts as much as they can.

How do you feel you’ve grown since releasing Lost in Boston up until Townie Paradise?

Another great question. I’ve learned a lot since recording both of those albums. On Lost in Boston I was in a transition period of my life, and tried a lot of different material that we worked hard to make into a cohesive album. On Townie Paradise, my songwriting partner Chris Teffner really did the bulk of the work and made a big rock album that sounded like a solid record. In my next project, I really want to focus on that again, but have something sound even more cohesive, perhaps in a way I haven’t tried before. I’ve really focused on stripping songs down and writing without a band, so that has been a major growing point for me

How are you able to transition in the writing process from composing a holiday song to a more topical theme such as the national debt?

They write themselves, literally. I never really wanted to write about politics, but as I mentioned earlier, we need more artists out there, and I think when you can write a song and bring light to a topic and help spread some cheer in the world, you should. The fact that my song Fiscal Cliff got featured on CNN Radio was just icing on the cake!

Are there any other writers that you’d like to work with in the near future?

My list is endless. I do hope to have a charted single shortly so that I can open some doors to co-write with some established artists. I feel there is a strong need right now for more creative music than what is currently at radio and tends to come through the streaming channels. We need more music like Ben Folds and Counting Crows and bands that really dig into their sound… I’d love to work with any really creative artist… Ingrid Michaelson has been on my list for a while. We could co-write something magical.

How long does it usually take you to write one song? What is the writing process for you like?

Depends on the song. Some are very quick, like this year’s Christmas song that I wrote in pretty much one take. Others I’ve spent years trying out new parts. It’s always a new ball game whenever you step into a studio too because the process you went through by yourself now becomes a new process where you are searching for a sound to complete the original song idea… I love all of it!

Are there any specific TV shows/channels that you’d like to see your music air on that hasn’t already?

All of them. Literally, all the shows and all the movies coming out. Call us up. We’ve got plenty of material!

What does it mean to you to get so much positive feedback on your latest Christmas single “It’s Been a Long Time Christmas”?

It’s very gratifying. I thought we had a really nice feel to this song and I really had something to say—so much so that I went out on a rainy, freezing cold night to buy a brand new mic so we could get a really cool John Lennon sounding vocal on it, which I think really helped make this song special. I hope it really makes people smile when they hear it.

What do you hope to achieve within the next year or so?

I really want to return to playing live. I had to take some time off from performing and miss it. I’ve been focusing a lot on writing new material, but you can’t just put out new stuff without also playing. So I hope next year there are a lot more shows to promote!