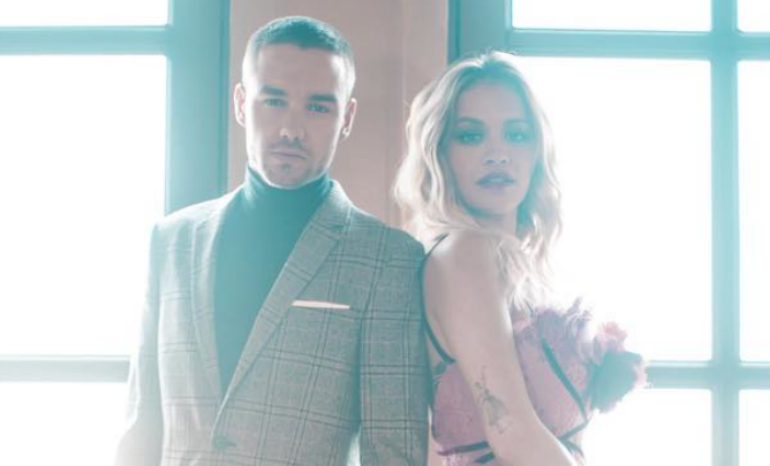 If you’re a fan of the Fifty Shades of Grey films, you know that with each movie comes more incredible songs on the soundtrack. For the first movie, Beyoncé included an epic, slowed down rendition of her song, “Crazy in Love,” that people still insist they love more than the original. In the second film, Former One Direction Member Zayn collaborated with Taylor Swift on the song, “I Don’t Wanna Live Forever,” which is now nominated for a Grammy!

With the massive success of the first two movie soundtracks, the Fifty Shades franchise knew they had to come up with something big for the third movie, and we just found out what it is! As it turns out, Zayn isn’t the only (former) 1D star to collaborate on a track, because his old pal Liam Payne is going ahead and doing the same thing, except he’s doing it with vocal powerhouse Rita Ora!

We’re not going to lie… the hints that this was actually happening weren’t all that subtle. Just last week the two took to Instagram to share an AMAZING photo of the two of them together, captioned with the hashtag, “Fifty Shades Freed.” Like we said… not so subtle. They later divulged further details by sharing a snippet of the instrumental for their song in a video on Instagram, where the revealed the title of the track, which is called “For You.”

Now that we had time to process that these two would be collaborating on a song that’s bound to be sexy, since it is for Fifty Shades Freed, we’ve gotta say… even though we don’t know exactly what to expect, we’re totally digging it. Liam is dominating pop radio right now, and Rita has such an incredibly powerful, yet sultry quality to her voice that we have big expectations for this track, which we’ll be able to hear sometime in January. Can’t wait!

What do you guys think of this pairing? Let us know in the comments below, or tweet us @soundigest with your thoughts!