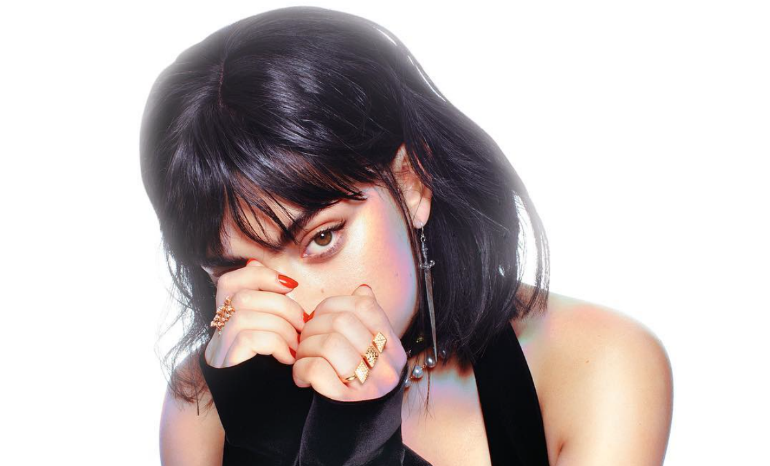 Released on December 15, 2017, Pop 2 is the fourth mixtape by Charli XCX. Although mixtapes aren’t typically created around a central concept, riding in fast cars appears to be a motif throughout this one, which includes lyrics like “Engine drowning out the sound” (“Porsche” feat. MØ) and “Rollercoaster ride in the fast lane // Got the roof down”  (“Unlock It” feat. Kim Petras and Jay Park). This theme is highlighted by its leading track, “Backseat,” a collaboration with Carly Rae Jepsen.

Beginning with echoing, grating synths, the song encapsulates the listener in a world where the desire for escapism takes on the form of a joyride, with Charli and Carly taking turns voicing the struggle between blissful ignorance and harsh reality. From the autotuned vocals to the distorted drums, the combination of all the elements are a reflection of the artificial existence to which the singers willingly succumb.

Written in the present tense, “Backseat” reads like a vignette. Although Carly is known for higher and perkier vocals than Charli’s, both singers manage to evoke a simultaneously powerful and breathless quality in their sound. In the first verse, Charli laments, “I can’t escape all the voices, and so, I turn it up // I go to parties with strangers so I can figure it out // Run through a city at midnight to feel like a star // I want it all, even if it’s fake.” In the second verse, Carly sings with a similar sentiment, “I’m wide awake, lyin’ next to him and feel it all // I got a thirst for distraction that I can’t take back.” With these lyrics, we dive into their minds at the moment they choose to drown out their inner voices with music emanating from a car stereo.

A steady, muted drumbeat resonates in the background of both verses, and the chorus introduces a rapid synth sequence. Somewhat reminiscent of the Stranger Things theme, the staccato synths appropriately accompany the lyrics “In the backseat // Your song, so loud // Drivin’ so fast // I’m better off alone” before seamlessly flowing into a repetitive utterance of the phrase “all alone.” Despite its lyrical simplicity, this section anchors the song by emphasizing these two words over and over again, to the point where they make up more than a third of the lyrics. Like in Taylor Swift’s “Delicate,” the repetition in the post-chorus as well as during the bridge generates a sense of restlessness, an aural representation of a thought racing perpetually through one’s mind. Despite the singers’ attempts to escape the problems at hand, the realization that “I’m better off alone” takes root and nestles itself deeply in their consciousness.

There are several moments in “Backseat” where text painting and the insertion of certain sounds amplify the mood of the environment. Right before Carly’s line in the bridge, we hear the sound of car tires squealing to a halt. After the lyrics “I gotta take back,” a whoosh that sounds like a cross between wind and a tape rewinding leads into a split second of silence before transitioning into the final post-chorus. In the breakdown, the vocals are distorted even further, with underlying layers of syncopated bass and shrill frequencies contributing to a dubstep-like instrumentation. The attention to detail throughout the song pays off. By creating dissonance through the heavy use of synthesizers and metallic beats, Charli delivers a vividly intense track, the embodiment of the disquiet that is flying down a freeway but never really being able to break free.