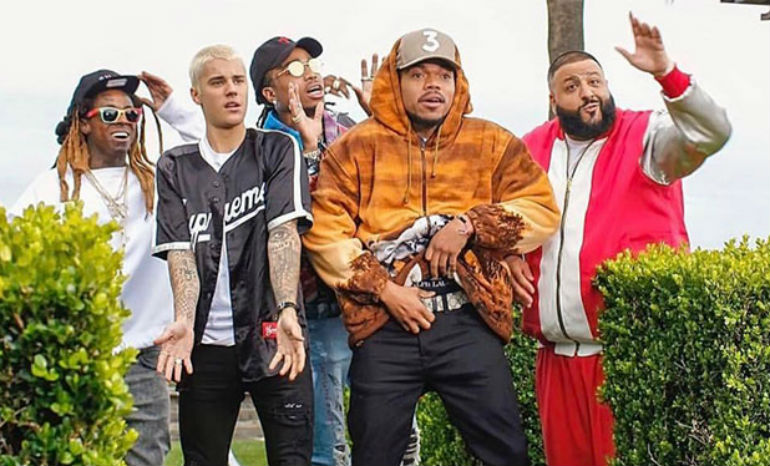 As 2017 nears its end, it’s nice to take a moment to think about all the amazing music that came out this year. New records were set, old records were beat, and records were definitely played over and over again. Check out our list of the 15 biggest radio bops of 2017. We’re sure at least one of these songs have been stuck in your head at some point this year!

Making the top ten of the Billboard charts back in August, Shawn Mendes took over the radio with his single, “Nothing Holding Me Back.” Chances are, you know all the words by now… right?

Filling the air waves in April, Drake peaked at number 8 on the Billboard charts and stayed on there for about 5 months! There is no music video to accompany this single, but check out the song in this fan-made lyric video!

Cardi B definitely brought fire with her hot single of the year, peaking at number one back in October.

Putting out a super catchy single over the summer, the One Direction member Niall Horan had everyone humming along to the tune of this one!

Sitting in the top ten of the Billboard charts in August, this track helped to motivate all who listened this year! With its hard hitting beats, it has been blasting on radio stations since its release!

Showing his solo side and deviating from the hits of One Direction,  Liam Payne surprised everyone with this hit single featuring Quavo from Migos.

Making records as the highest debuting rap song, Kendrick Lamar finessed his way into the homes (and cars) of many this year with this awesome, new track.

8. “Sorry Not Sorry” by Demi Lovato

Showing a side many haven’t seen before, Demi Lovato showcased her raw vocal talent in this powerhouse radio hit!

Featuring Rihanna and Bryson Tiller, this song uses the same catchy tune from the infamous “Maria” of Carlos Santana, so of course it was a bop in our book!

After going her separate ways from Fifth Harmony, Camila Cabello showed she can hold her own and dominate radio play all by herself.

Hitting the top of the charts in March, this song was played multiple times a hour on the radio.  If Ed Sheeran wasn’t a household name before, he really is now!

Featuring multiple artists, this track had just enough pop, hip-hop and R&B to serve everyone’s needs! That and the super catchy chorus had it stuck in everyone’s head for months.

This song was played on every station possible this year, but we can’t complain, because we were most certainly singing along! Who doesn’t love Bruno Mars?

Bad and Boujee” by Migos

Topping the charts to start off 2017, Migos set the mood for the year with this single! With 32 weeks on the charts, it’s safe to say it made an impact.

This hit feels like it’s been out for longer than a year! Topping the charts at number one for record breaking weeks, this bop has been covered and interpreted thousands of ways since its release.

This list was super hard to narrow down and i’m sure we probably didn’t include some of your faves! Let us know which bops you were obsessed with in 2017 in the comments section below, or tweet us @soundigest with your thoughts!