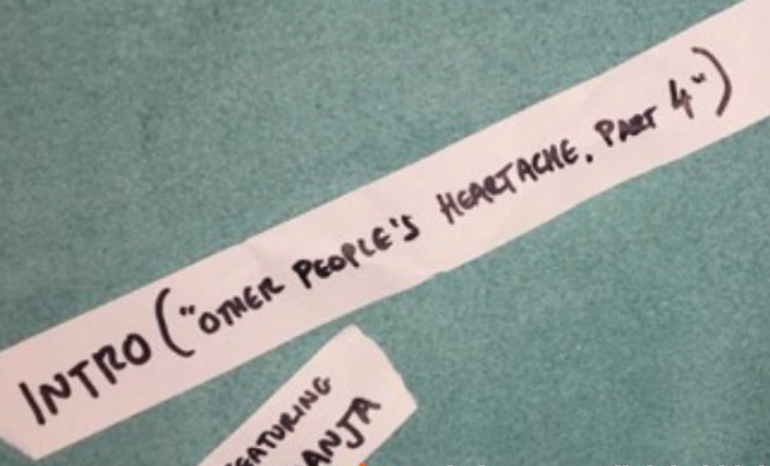 Well, you guys, even though my wish for a Bastille Christmas Album wasn’t granted this year, Santa delivered in other ways. On Christmas day, Dan Smith posted to Instagram announcing the news that another mixtape is coming our way. Plus, they even gave us a taste and released the album “INTRO” on Sound Cloud!

Hope you lot are all having great days so far today. Check our @soundcloud page for a present from us — INTRO (“Other People’s Heartache, Part 4”) — to download or stream. Loads of love from us guys. X

The band’s last mixtape—VS. (Other People’s Heartache, Pt. III)—was released back in December of 2014. Since then the band released their second studio album Wild World, which reached number 1 in the UK charts and number 4 in the US. The news of a Bastille mixtape isn’t just like any other news of new music. The band is known for a distinct musical style and they truly shine in their mixtapes. Without the red tape of making a studio album Bastille makes some of their best music. Definitely checkout their three previous mixtapes and you’ll see what I mean.

Thank you, Bastille and thank you, Dan Smith! We truly can’t think of better news to end 2017 with!

What do you guys think of the news and the intro to their upcoming mixtape? Let us know in the comments or tweet us @soundigest with your thoughts!