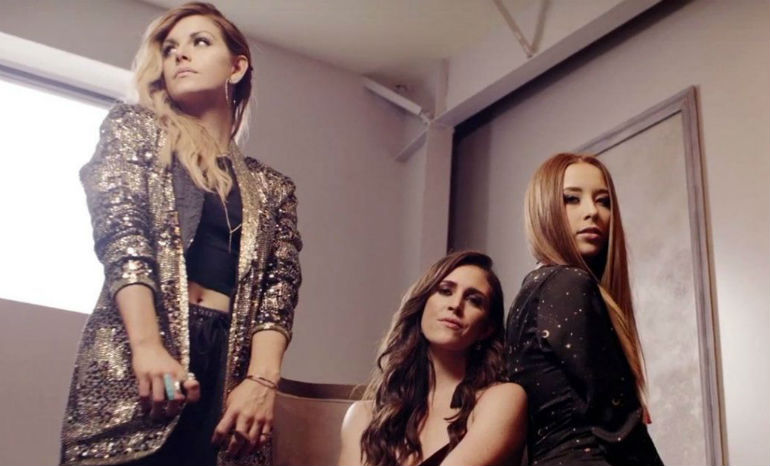 This year, CMT’s fifth annual Next Women of Country celebration proudly presented Kalie Shorr, Kelleigh Bannen, and Lindsay Ell’s cover of Taylor Swift’s “Look What You Made Me Do.” The remake of the single made a bold statement about girl power, which fits perfectly into the setting of the event.

CMT created the Next Women campaign to shed light on emerging female country artists across multiple platforms. The campaign promotes supporting all women in the industry, and focuses on bringing more attention to female artists who deserve more credit. Shorr, Bannen, and Ell carefully chose to put a twist on Taylor Swift’s popular single to show that they (along with all other women) have no excuse to be silenced. In fact, they conclude their video performance with the phone number 1-800-656-HOPE, which is the national sexual assault hotline organized by nonprofit RAINN.

In a patriarchal society like ours, this trio makes waves in the male-dominated music industry and announces that they are meant to be heard. Their spin on the song feels intimately deep, edgy, and more importantly, relatable. Between the uniqueness of Shorr, Bannen, an Ell’s vocals and melodic talents, it’s safe to say that together, this trio is a triple threat.

In an interview with People, Kalie Shorr spoke out about her inspiration behind this collaboration and what it meant to her. She said that this cover “became part empowerment anthem and part protest song directed at anyone who has ever discounted, disrespected or harassed a woman. We stood united on that stage with three incredibly different sounds, coming together to make a statement at a time when women’s rights are at the forefront of the national conversation. I’ve never seen women support each other as much as they are at this point in history. I guess you could say that’s what the world made us do.”

Kelleigh Bannen also told People that the performance was “such a fun moment. The three of us are in slightly different places in our careers, but we have so much common ground as far as the struggle to get our voices really heard as women, as well as our passion to advocate for our peers.”

Shorr, Bannen, and Ell all set a great example for young girls and women everywhere to speak up about the issues we face today as females. Each of these women demonstrate how empowering the results of expressing strong, passionate, female energy into their work can be. Although I was initially very skeptical about how a group of country singers planned to cover this pop single, I was left stunned in the end. These brilliant ladies successfully did the unthinkable, and they did it WELL. With the flawless talents of Shorr, Bannen, and Ell, this country cover of “Look What You Made Me Do” conveys one badass message that demands to be heard and respected.