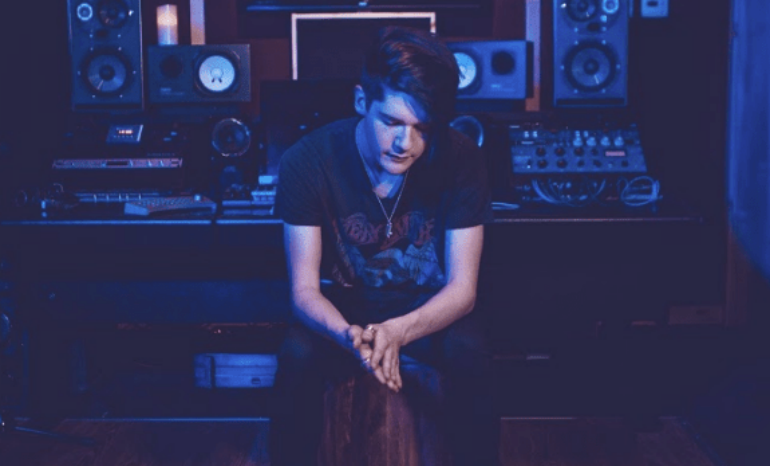 Soundigest recently had the opportunity to interview the up and coming popstar, Johnnie Mikel! He chatted with us about his lead single “Come With Me,” and so much more! Check it out below and be sure to stream the new single. You can also watch the brand new video for “Come With Me” below!

You just released your very first music video for your lead single, “Come With Me.” Congratulations! Tell us about the process of creating and shooting the music video.

The process of making my first music video was like a dream! It’s a goal I’ve been working for since I started writing songs at 16. I feel like the video is so true to who I am as an artist because I had a lot of creative control over everything. My favorite parts of the creative process were definitely brainstorming the overall concept and piecing together my looks with the stylist. Fashion is so important to me and is a big part of how I express myself, so the wardrobe in the video had to be perfect. A lot of the pieces are things I would definitely put on for everyday wear.

Working with Bobby Hewitt as the director was incredible. I’ve known him for a while, but this was our first project we’ve tackled together. He really nailed the vibe I was going for and helped pull the best team together for the set. The energy was undeniable on the day of the shoot.

“Come With Me” is an uptempo, high energy song with a lot of current pop elements to it. You’ve got a horn section, an electronic beat, and great vocals to boot! What about this track made you say, “this is the one!” when picking it to be your lead single?

“Come with Me” was actually one of the last songs I wrote for my project.I remember looking at all my songs and feeling confident about my material, but still feeling like something was missing. I needed that memorable “club” record and the hard-hitting single. I was talking to my A&R one day about it and she connected me with multi-platinum producer Damon Sharpe. I sent him some of my favorite iconic pop/dance songs as references before we met in his studio. He then let me listen to the tracks he was working on for me. He played the track that evolved into “Come with Me.” As soon as it began playing, I knew that was it. We brought in Lindy Robbins to help us write the top line. I knew the song was the single at the end of the recording session.

There’s a lot of elements in “Come with Me” that I love, but I think the melodic hook throughout the track and in the drop is what sold it for me. It felt like one of those songs that everyone knows right when it starts playing on the radio or in the club. I remember telling Damon it reminded me of something unforgettable like “Toxic” by Britney Spears. On top of the memorable yet current feel to the track, I love the message behind the song and felt it was a smart move to debut with a grandiose and fun lyric. I like the idea of telling everyone to tag along for the ride and what’s to come!

Tell us a little bit about the idea behind the “Come with Me” music video.

The “Come with Me” music video was based off of my artistry as a whole. You get a good glimpse into who I am as an individual after watching the video. I think that’s super important as an emerging artist in the pop scene. I love the edginess, mystery, bright colors, fashion, and the international vibe it gives off. The concept was so much fun to create and edit with my team and Bobby. The fact that the wild party in the video ended up being a crazy dream was actually an idea I added in at the last minute. I love how I walk to set in the beginning and later wake up with Polaroids as evidence that it really happened. It’s an interesting twist that makes people ask questions and want to watch again. I feel confident that we created something super fresh and true to my project. It’s an awesome visual to match the song.

You moved to New York City when you were 11 but were previously raised in Kentucky. You then moved to Nashville, which of course has a huge music scene. Did the atmosphere of New York influence your decision to become a musician, or did those aspirations not begin until you experienced the music culture of Nashville?

I feel like everywhere I’ve lived has influenced my artistry in a unique way. New York definitely impacted the way I see the world and kind of the “mission statement” behind my music. I had never experienced that type of creativity and diversity in my life. I love the way Manhattan represents boldly being yourself, something I project a lot through my art. My whole life up to that point, I was involved in the arts one way or another, but I never really thought of myself as a creator. My time there definitely taught me a lot about myself and I did a ton of writing while I was in NYC.

When I moved to Nashville, I was inspired by the music scene to pick up a guitar and try putting my writings to music. In that moment, I knew what I wanted to do with my life. I consider Nashville to be the starting point for me in terms of my music career and songwriting. However, without my time in New York City, I know none of this could have happened.

What are your favorite hobbies or things you love to do in your downtime?

When I’m not doing anything related to music, which is rare, I’m probably just hanging out with my friends or family. I love living off-days like they’re an adventure and I’m so glad to be surrounded by people who do the same. I’m always in for trying new things and unexpected fun plans. I love biking around the city and exploring, going dancing, zip-lining… things like that.

This year, my vocal producer and I took a series of improv comedy classes together as a spur of the moment decision and we surprisingly ended up falling in love with it. I have so many unforgettable and hilarious memories from that experience.

What’s a secret that your fans don’t know about you?

Sour Patch Kids are my favorite candy! I always have a huge bowl of them at long band rehearsals and sometimes in the studio. By the end of the night, everyone’s eaten all of them… and typically, I’m the one who consumed the most. The blue ones are the best!

Are you working on an album or an EP? If so, when can we expect it?

I just finished working on my debut EP not long ago and you can expect it in early 2018! The title of the project is ‘Night of Your Life.’ I got the title idea from the hook in “Come with Me,” but also from the vibe of the record as a whole. It really tells a story.

I love this question! Colorful, dramatic, edgy, expressive, introspective, empathetic, and storyteller would be some of my top choices.

I’m embarking on my first radio tour in 2018 which will last a few months and take me across all regions of the US! I’m going to be performing a lot on the air and promoting the new music, but along the way, I hope to get some live stage shows in. My team and I are also working on other plans for summer and late 2018 that I can’t wait to announce and embark on…

I always love talking about what music I’m currently listening to and connecting with my fans through that. Right now, I’m really loving P!nk’s new album, Banks, and of course… reputation by Taylor Swift.