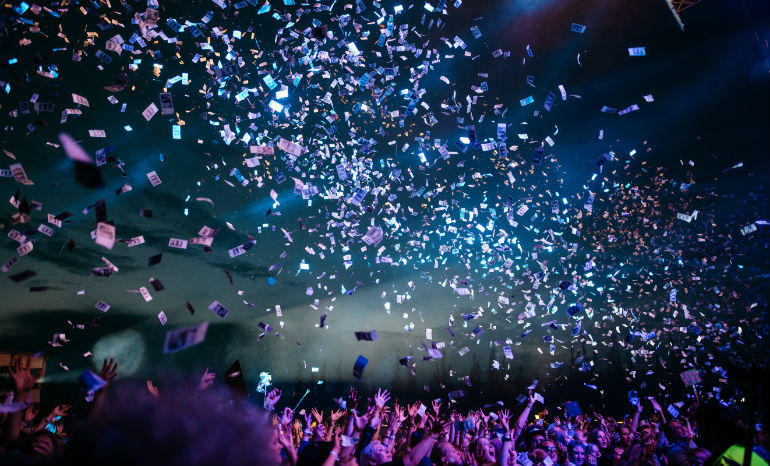 The end of the year….ahh, so much reflection to do. Here at Soundigest, we are especially reflecting back on the music. And in preparation for the new year, and keeping things along the theme of New Year’s Eve, we decided to dig into the past and reflect upon some of our favorite and most memorable performances of Dick Clark’s New Year’s Rockin’ Eve. They are as follows (to stir up some memories within you too!)

Bet you don’t remember this happening. I know I definitely don’t…I was almost 2 years old at the time. It is just generally fun watching this performance. The hair. The outfits. Most importantly….the dance moves of the crowd in 1997!

4. New Kids on the Block/ Backstreet Boys- THE BEST THROWBACK MEDLEY EVER!- NYE 2011

This was the biggest throwback situation ever. The two boy bands teamed up to perform and would go on to tour together in 2011. Their amazing medley included “Hangin Tough”,  “Everybody”,  “I Want It That Way”,  “Step By Step”,  “I’ll Never Break Your Heart”, “Please Don’t Go Girl”, “You Got It “, and “Larger Than Life”.

An unlikely pair to perform together, but work magically well. A performance that started out as a mini panic attack that something wasn’t working turned out to be nearly flawless. Justin’s angelic voice carries The Beatles tune while Carlos Santana adds a little twist with a guitar solo.

Taylor Swift has had some of the most memorable performances ever on New Year’s Rockin’ Eve, so it was hard to pick just one. This 2012 performance was particularly memorable for several reasons. First, Taylor was sick, yet still delivered…because she’s Taylor Swift. Next, WHO could forget that sparkly red jacket?! Last, this was also the year of the infamous kiss. You know which one I’m talking about. *Hint Harry Styles hint*.

If you’re anything like me, watching this one brought back some SERIOUS FEELS. These really were two of the biggest acts in 2007, and seeing them team up for this performance was so important for every Disney Channel fan ever. Let’s not forget to mention Joe Jonas’s top hat.