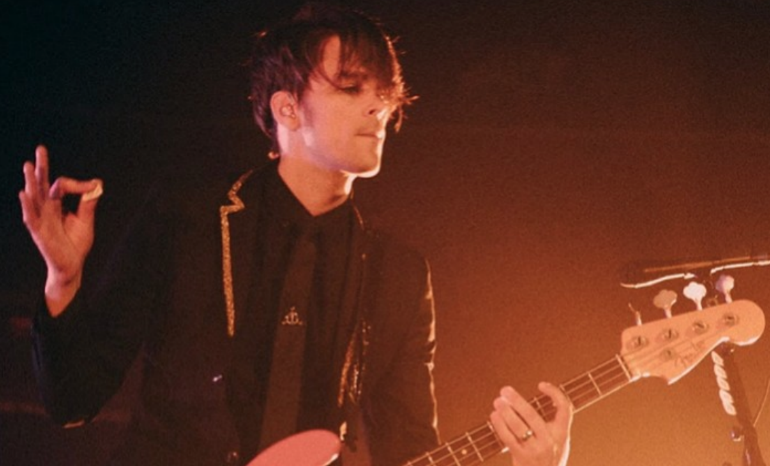 Following an 8-year stint with the pop-rock band, bassist Dallon Weekes announced his departure from Panic! at the Disco on December 27th.

Dallon reiterated that he’s “grateful for the chance [he’s] had to be part of Panic! At The Disco for nearly a decade,” he broke the sad news via Instagram:

For the last eight years I've had the incredible opportunity to perform in Panic! At The Disco. While I’m sad to announce that my time with Panic! has come to an end, I’m excited to continue making music with my new project ‘I Don’t Know How But They Found Me’ @idkhow . I’m grateful for the chance I’ve had to be part of Panic! At The Disco for nearly a decade. I will always consider myself indebted to those who made me feel welcome to be a part of P!ATD. You changed my life. Thank you all.

As far as we know, the split appears to be amicable, as Weekes plans to focus on his solo project, I Don’t Know How But They Found Me, which was created in 2017. Partnering with Falling in Reverse drummer Ryan Seaman, IDKHBTFM is “a band out of time. One who faded away into obscurity after struggling to find success in the late ’70s and early ’80s. Only recently, the internet has begun to uncover the performances and recordings of a band that the world wasn’t ready for,” according to their website.

Weekes joined Panic! at the Disco in 2009 as a touring member shortly after bassist Jon Walker and founding guitarist Ryan Ross departed from the band. From 2010-2015 he served as full-time member and even co-wrote most of Too Weird to Live, Too Rare to Die! before resuming his role as the band’s live bassist.

While Weekes will be missed by fans, it’s important for artists to explore and grow, which is what will occur for the multi-instrumentalist during his time with IDKHBTFM.