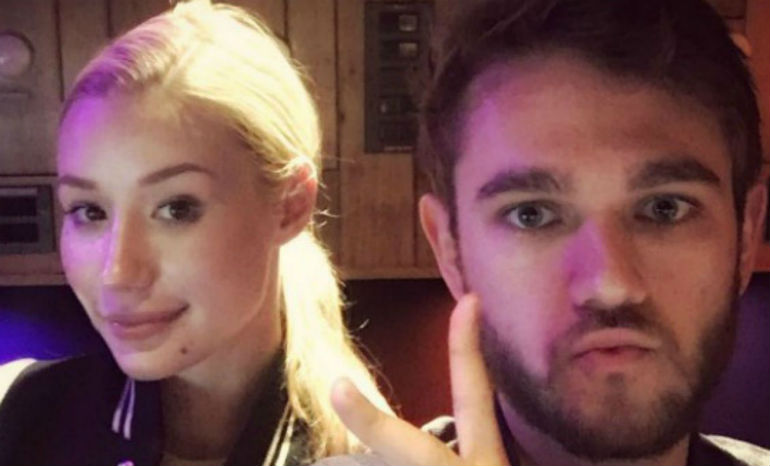 It’s no secret that Iggy Azalea has had a rough couple of years. Since hitting it big with “Fancy” and “Black Widow” back in 2014, Iggy has struggled to recapture the success of her early work. She teamed up with Zedd to create a catchy track, “Boom Boom,” for the new Pitch Perfect 3 film soundtrack.

Zedd’s influence is impossible not to recognize on this track. His electronic beat is psychedelic in the best way. Iggy’s voice commands the track, and combined with the beat, gets the listener fired up.

Back in May of 2016, Zedd posted a photo with Iggy in the studio on his Instagram, teasing a future collaboration:

Iggy confirmed the upcoming collaboration on her Twitter. She tweeted a fan explaining that she was delaying her then-upcoming album, Digital Distortion, (which has since been canceled) so she could include a track with Zedd on the album:

Perhaps, with the cancellation of Digital Distortion, Iggy decided to try and feature the song on a soundtrack instead of her own album. The exact story of how the song ended up on the Pitch Perfect 3soundtrack is not entirely clear, but we’re SO glad it did!

The song is in contrast to most of the songs featured on the soundtrack, which of course, are primarily the Bellas putting their own amazing twist on acapella music. “Boom Boom,” however, makes for perfect background music while the Bellas are out there slaying it onstage.

“Boom Boom” may be the type of direction Iggy needs to lean into music-wise in order to have similar success that she was having back in 2014. Currently, many of today’s pop hits have an electronic influence in the melody and it seems to be a trend that the general public is enjoying.

Tell us, what are your thoughts on “Boom Boom?” Do you like this direction or do you prefer the old Iggy songs like “Fancy” and “Black Widow?” Tweet us your thoughts @soundigest!