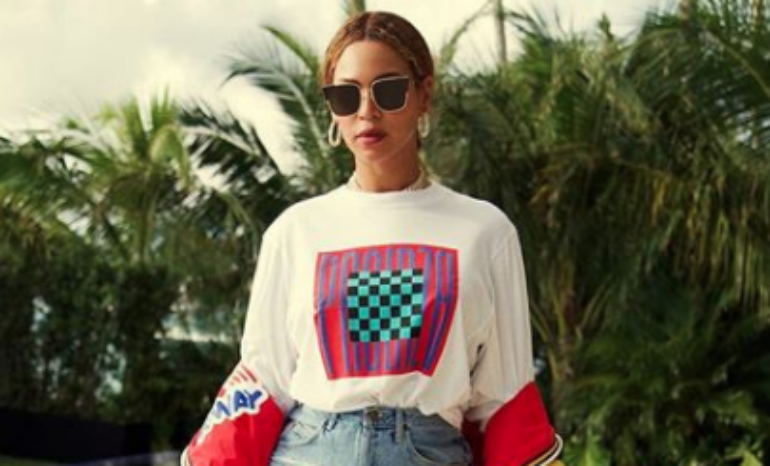 Grab your wallets and your coolest festival gear because Coachella 2018 is coming your way! The full lineup was announced last week and this year’s festival in Indio, California is jam packed! The music and arts festival is sprawled out over two weekends this coming April and will include superstar artists like The Weeknd, Eminem, and, of course, Beyoncé as the headliners. After Beyoncé had to back out of last year’s performance because of her pregnancy, she promised to return in 2018, and it looks like she’s keeping that promise.

As you can see, hip-hop is very prevalent in this year’s lineup as seen with the top three headliners and supporting acts. Big names such as SZA, Post Malone, Tyler, the Creator, and Cardi B will be performing this year. There will also be a mix of DJ’s, alternative groups, and all genres in between taking the stage. Some stars took to Twitter to show their excitement over their first time playing the festival. Chloe and Halle even tweeted, “get to perform at our first ever coachella this year! see y’all in April.”

There does seem to be one type of group missing from Coachella, however. Like, for example, where are the bands? Of course, there are some sprinkled into the mix, but not really any in the top billed acts. This is unlike all of the past years with bands such as Guns N’ Roses, AC/DC, Radiohead headlining. As you can probably imagine, this has caused a mixed reaction among festival enthusiasts. Some are loving the shift in artists, while others are not here for it AT. ALL. Specifically, Louis Tomlinson from One Direction is not particularly pleased.

Just seen the Coachella line up …. Where the fuck are all the bands !? It’s a festival !?

Music festivals have grown wildly popular over the years, and especially Coachella! As festival season comes around each year, the festivals compete heavily with one another in terms of their performers. This 2018 Coachella lineup really is unique from years past, and it’s surprising to see such a large majority of hip-hop and R&B artists this year. The three headlining acts are for sure going to wow their audience, though. Eminem and Beyoncé’s return to the stage will be a must-see at this year’s festival. Although passes already sold out, we, like many of you, will be enjoying the show vicariously through live streams and social media updates.

One thought on “The 2018 Coachella Festival Lineup is Here!”