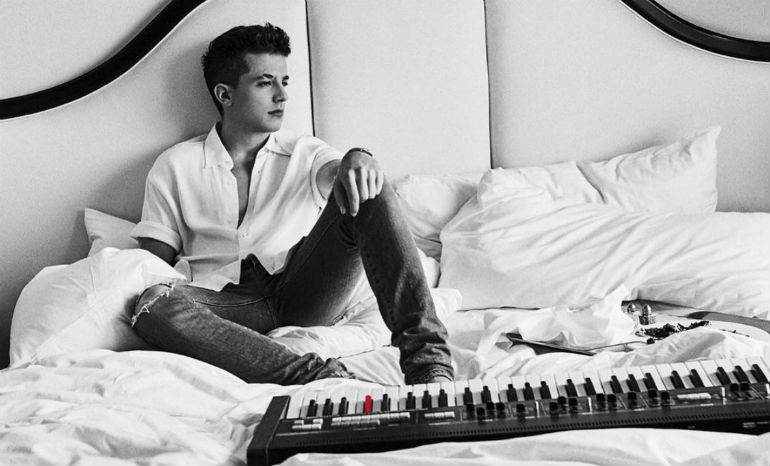 Now that 2018 has officially arrived, it’s time to get excited about all of the amazing music that’s going to be released this year. Of course, only some of the albums that will be coming out this year have been announced, and there are tons of others we probably still have no idea about! For now, let’s focus on what we absolutely, 100% know what’s coming. Check out these 6 artists who will be releasing some of the most highly anticipated albums of 2018! We can’t wait!

Since her departure from Fifth Harmony in December 2016, Camila Cabello has racked up some illustrious features in the music community. Working with artists like Shawn Mendez, Machine Gun Kelly, Pitbull, Major Lazer and Travis Scott; Camila has staked her claim as a solo artist. The success of her single “Havana” has rocketed her even further into the pop culture spectrum. Her first solo album is set to release January 12th, 2018. 2. Fall Out Boy, Manic

That Ultra Violet kind of love… we see you @Pantone 😉💜

This will we the seventh studio album for the punk darlings. These are the same men who brought you your angsty “Sugar, We’re Going Down” phase in high school and they aren’t stopping anytime soon. Fall Out Boy is currently on their “Mania Tour,” showcasing two of their new singles off of Manic the album, “HOLD ME TIGHT OR DON’T” and “The Last Of The Real Ones.” The full album releases January 19, 2018.

3.Justin Timberlake, Man of the Woods

Justin Timberlake doesn’t do anything small and he blessed the music loving humans of the world with a New Year’s gift, the news of new music! This is JT’s first album since his solo comeback in 2013 with The 20/20 Experience. Unlike 20/20, Man of the Woods is going to be more down-home and earthy; taking JT back to where he grew up in Tennessee. The first single off the album, “Filthy” releases Friday, January 5th and the full album February 2, 2018. 4. Charlie Puth, Voicenotes

Pre-order VOICENOTES ft. Attention and How Long! Link in bio.

Charlie Puth has rocketed to the tops of the pop music charts in 2017. He released two singles, “Attention” and “How Long” from his upcoming album Voicenotes. The whole album is set to release winter 2018. On top of the announcement of his new album, Charlie will also be touring in 2018 with Haliee Steinfeld. Tickets are available now on LiveNation.com.

Hello you lot. Before everyone gets stuck into their NYE nights, we just wanted to say to everybody who’s come to our gigs, listened to our tunes, seen us at a festival, or supported us in any way in 2017 – thank you all so, so much. We feel like a bunch of incredibly lucky morons. There’s loads of new stuff to come from us in 2018, but for now – while we’re finishing up our 3rd album and our 4th mixtape – we’re excited to present “Help Me Chase Those Seconds”, a film about the making of “Wild World” that was shot & directed by our friend Tom Middleton. It’ll be up to stream on our VEVO page today at 3pm BST. We hope you like it (if you get some time to check it out), and we hope you all have fucking brilliant nights tonight. Dan, Woody, Kyle and Will

January 1st, Lead singer Dan Smith Instagrammed the news of a new studio album and mixtape coming from the band in 2018. This will be the third studio album and fourth mixtape from the British group. Along with this news the band released a short film about the making of their song “Wild World” that was written for the Netflix film “Bright.” The short film is available on the bands VEVO now. 6. Selena Gomez, TBA

Currently. Until the next year. Here’s where I’ll be.

Selena Gomez had a rollercoaster of a 2017. From opening up to the public about her Kidney Transplant and her struggle with lupus to releasing three new songs and being named Billboard’s “Woman of the Year” our little Selena has been though A LOT. But just recently she teased on Instagram that she will be releasing a new album in 2018. With all she’s been through I can only imagine the amount of emotions she has to pour into her new music. Can’t wait to see what 2018 will bring from Sel-Go.

Which album are you most excited for in 2018? Tweet us @soundigest!