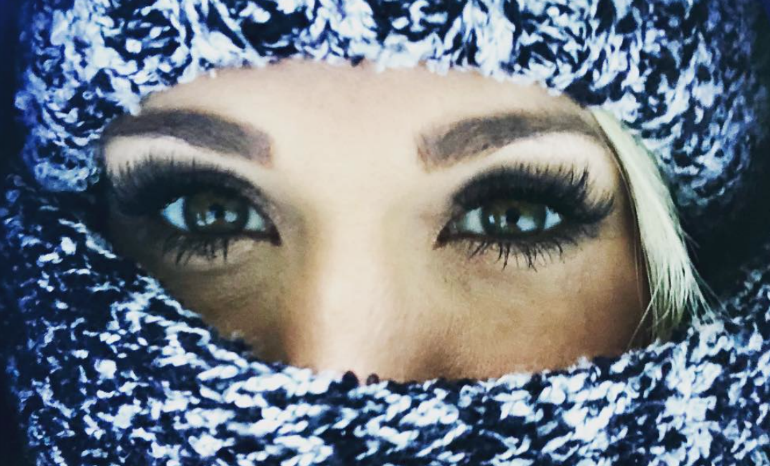 Back in November of 2016, Carrie Underwood fell outside of her Tennessee home, ultimately sending her to the hospital with a broken wrist. Shortly after the fall Underwood tweeted updating her fans on the situation:

I just wanted let everyone know that I’m doing great. Had surgery on my wrist yesterday & all went well…even though I’ll be setting off airport metal detectors from now on…I’m so thankful for the doctors, nurses, family & friends who’ve been taking such great care of me.

What fans didn’t know back then was that Carrie’s wrist wasn’t the only part of her body injured during the fall. After several months, only recently did she open up about the extent of her previously unspoken facial injuries. She revealed the full extent of her injuries in a message to her fan club members saying:

“There is also another part of the story that I haven’t been ready to talk about since I have still been living it and there has been much more uncertainty as to how things will end up. It’s crazy how a freak random accident can change your life.

In addition to breaking my wrist, I somehow managed to injure my face as well. I’ll spare you the gruesome details, but when I came out of surgery the night of my fall, the doctor told [my husband] Mike that he had put between 40 and 50 stitches in,” adding that her face was, “not quite looking the same.”

“I honestly don’t know how things are going to end up but I do know this: I am grateful. I am grateful that it wasn’t much, much worse. And I am grateful for the people in my life that have been there every step of the way.”

Although we’re unsure of the outcome and whether or not there will be visible damage to Carrie’s face, a photo of her did surface recently, and we’ve gotta say… she’s looking pretty great!

Just worked out next to @carrieunderwood NBD… she is adorable and so gracious… LOVE HER! #BelowDeck pic.twitter.com/scDPGudEe3

Still, being a public figure puts a lot of pressure on celebrities and their physical appearance, so it’s not impossible to understand Carrie’s feelings of “uncertainty” at this point in time. There is an insane amount of pressure, especially on women, to look a certain way, and after having a traumatic accident which completely jeopardized that must be difficult. So, here’s to Carrie’s recovery, and may it be speedy and healthy!