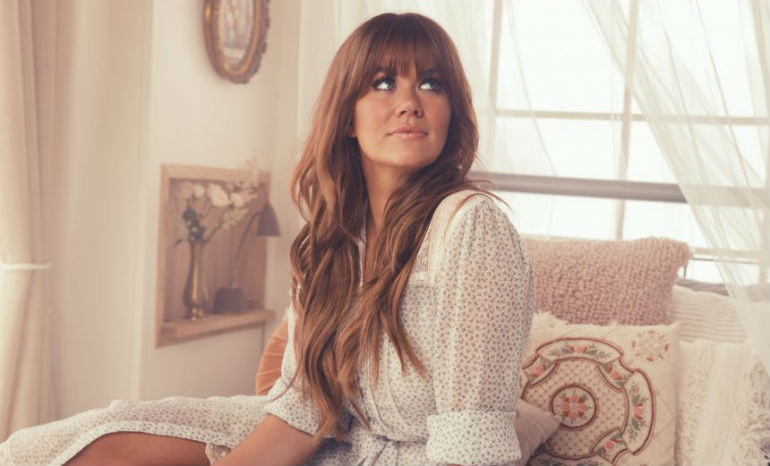 What’s even better than Beyonce‘s Lemonade? A country version! Singer-songwriter Ruthie Collins is making waves in the country music scene with her Get Drunk and Cry short film, featuring songs off of her debut album Get Drunk and Cry. We recently got to change with Ruthie and she gave us all the behind-the-scenes details on what goes into creating a visual album and more!

Hey Ruthie! Congratulations on the release of your album Get Drunk and Cry! How does it feel having your first full-length country album out?

Hey, thank you SO much! It is a thrill to finally have my first full-length country album out. We worked on it for so long that there was a time I wondered if it would ever actually come out! So yes, it’s so exciting to see the fruits of your labor finally realized in real life!

What was the experience of putting this album together like?

Putting this album together was, as I said, a very long process! There are songs on there that were written five years ago! But we took our time, got the songs and the production right and I couldn’t be more thankful for the opportunity to make this record.

My writing process is really all over the place. It’s about half I’m set up to write with this person on my calendar and here we are in an office room on a blind songwriter date and 50 percent “Uh oh, I just drank a bottle of wine and it’s two in the morning and I’m having all these feelings just me and my piano. 🙂

You were inspired by Beyonce’s Lemonade to create your own visual album, the Get Drunk and Cry short film. The film is about being heartbroken and wondering how you ended up there, but it’s also about finding yourself again. How did you know this was the story you had to tell?

I suppose I didn’t know that the redemption of heartbreak was my story until I looked at all the songs together. Don’t get me wrong, that is my personal story that I’m still struggling to live out every single day, but I didn’t really know that I was going to share it with the world in such a real and vulnerable way until the songs sort of forced me to!

How did you choose which songs to include in the film and which ones to leave out?

Choosing the songs to include in the film was easy to do because I had no control over it! Ha ha. The label just literally told me which songs were going to be the instant grat tracks (the ones that were released to iTunes one per week until the full record was released) and that those were going to be the ones we’d film. But they really did line up in a very organic way that had a natural story arc to it!

The filming process was so fun and creative but definitely a challenge as well. We shot, edited and released the whole thing in under 30 days so it was stressful, to say the least! But I had the best time writing the scripts, recording the dramatic audio in the studio, styling the whole thing myself and even having to act a bit! Two of my girlfriends and I got together over many bottles of Rosé to write them, basically using excerpts from my diary and unreleased VERY sad songs I had written. I would love to finish the rest of the album in video form!

We’re really excited about your album. If you had to choose, what’s your favorite track off of Get Drunk and Cry?

It’s SO hard to pick a favorite track from the record! It’s like they’re all my babies. But if I HAD to, I’d probably pick “Me and Emmylou.” Inspired by my 10 lb. precocious chihuahua, it’s a tune about a girl getting out of her comfort zone, taking a leap of faith and following her dreams. Hard things to do, but easier if you have your tribe with you. In my case, that’s a 10 lb. precocious chihuahua.

Who are some of your musical influences?

I’m mostly influenced by singer-songwriters. I love Patty Griffin, Emmylou Harris, Tom Petty. People who care for songs and the craft of them.

What can expect from you in 2018? Hopefully some tour dates?

We are definitely hitting the road in 2018! We’ll be all over the road for a radio tour and touring heavily after that as well! Gonna be our best year yet and I can’t wait!