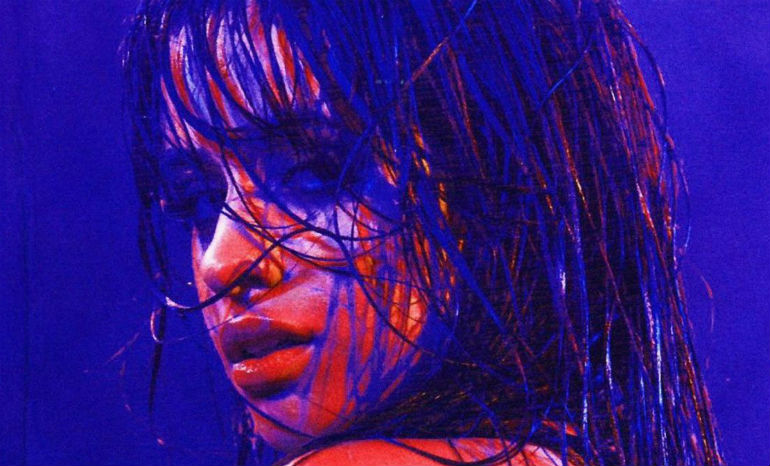 Hot off the heels of her Billboard Top two single, “Havana,” Camila Cabello released her brand new single, “Never Be The Same,” from her upcoming debut album, CAMILA. Just before the new year, she shared the music video for said song. The video is the perfect opposite to the “Havana” music video, in which the story partnered with the song lyrics. “Never Be The Same” tells a story, but the story does not match the lyrics (girl meets boy, girl falls in love and documents their relationship from start to finish, girl is “never the same” afterward).  Instead, Cabello’s video documents her journey from regular Havana-born girl to the solo artist and pop phenomenon she is today.

The video features many clips of Cabello performing onstage or in music videos, or going about her daily life, traveling and having fun with family and friends. It’s essentially a documentary of the highlights of the last year of her life since becoming a solo artist. It also features many fan clips: clips of Cabello meeting fans and singing with fans over the Musical.ly app.  In fact, fans were the central theme of this video. In a tweet, Cabello explained that the video is an ode to her fans and that she and her family cried while watching the video back:

this is a thank you from the bottom of my heart for always being here for me and for all the memories we’ve made together this year.https://t.co/GP9dZNDbrd pic.twitter.com/cBj4hvHR6f

i frickin love you all so much and PS my family and i cried several times watching this back. IT’S END OF THE YEAR EMO TIME

At the end of the video, Cabello wrote a message saying, “Thank you for the best year of my life. See you January 12 for… CAMILA.”  Naturally, fans had emotional reactions to the video and were ecstatic to see how happy she was:

It’s certainly been a fantastic year for Cabello. Since her highly publicized exit from Fifth Harmony, Cabello has enjoyed a successful year as a solo artist. With her breakout hit, “Havana,” which has spent more than two months at the top of the Billboard Charts, peaking at number two, and was one of the top-selling songs of 2017, Cabello is kicking off her 2018 strong with the release of her debut album, CAMILA, this Friday, January 12th. “Never Be The Same” is gaining rotation on top pop radio stations, and only time will tell if it can match the success of “Havana.” In the meantime, you can watch the music video for the song below and check out her 11-track debut album, CAMILA, in full on Friday! We know… we can’t wait either!