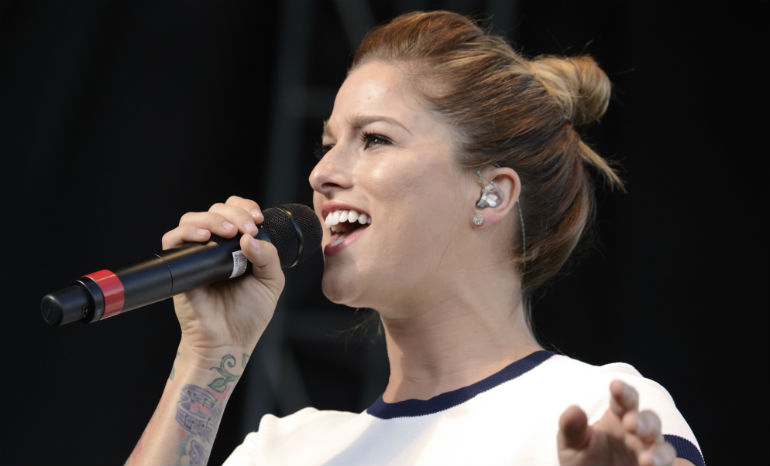 Cassadee Pope has excelled in more genres than most musicians have dabbled in, and while building her impressive career she’s built an army of unwavering fans.

After seeing some success in the alternative scene with her band Hey Monday, the singer-songwriter decided to see what she could do as a solo artist and ended up taking the crown on season three of NBC’s The Voice.

From there she took on Nashville in 2013, earning platinum sales with her debut single “Wasting All These Tears” and taking home a CMT for Breakthrough Video of the Year. She continued to make waves in the country music scene when her debut album Frame by Frame climbed to the no. 1 spot on Billboard’s Top Country Albums chart.

And as if that weren’t enough, she teamed up with fellow country artist Chris Young to release the Grammy-nominated “Think of You.”

The fans that have been patiently waiting for new music since the release of her Summer EP in 2016 don’t have much longer to wait.

In a recent interview with Atlantic City Weekly, Cassadee revealed she’s forging a new path as an independent artist after going separate ways with her former label. From this new path, the 28-year-old will share her passion-project, a six-song EP.

Last Saturday, Jan. 6, Cassadee performed two songs from the yet-to-be-released EP, “Take You Home” and “One More Redlight,” at her headlining concert at Borgata and her fans feedback did not disappoint.

The EP will be comprised of country, pop and rock sounds and straight from the singer’s heart – unfiltered.

While Cassadee hasn’t announced a release date, the EP seems to be a work in progress and something fans should expect to hear in early 2018.

In the meantime, follow Cassadee on Instagram and keep an eye on her story for sneak peaks!