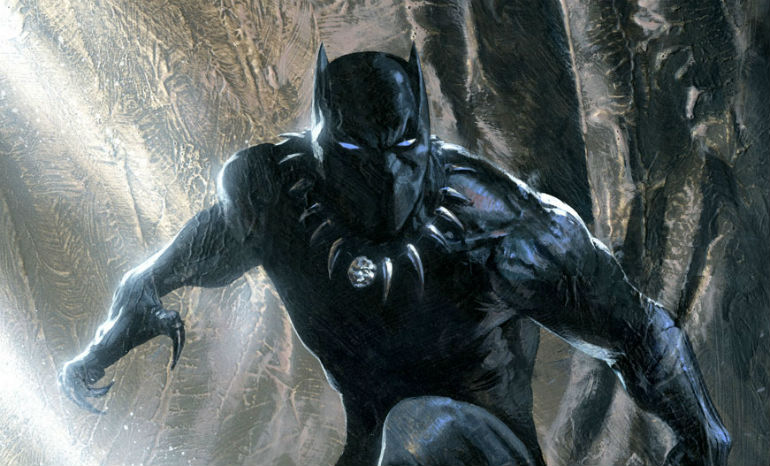 Marvel’s Black Panther is set to be released on Feb. 16, 2018, and already it’s poised to break ground in ways that no other super-hero movie has done before. To start, it is the first feature film in the current Marvel Cinematic Universe (MCU) to be led by a hero that is black, as well as contain a majority black cast. The film’s music will also be a pioneering force, as it will be the first in the MCU to be accompanied by its own album. That album, titled simply Black Panther: the Album, has been organized and produced by the award-winning, highly venerated, Kendrick Lamar.

The first single of the Black Panther album, “All the Stars,” was released on the same day as the announcement of Lamar’s involvement with the film’s soundtrack. Lamar paired with singer-songwriter SZA for the single.

SZA’s vocals can be considered the main attraction of “All the Stars.” She is given the most opportunity to shine in her choruses and free-form verse, especially when compared to Lamar’s short and single verse. Still, while listening to the song it is easy to find oneself wondering how Lamar’s lyrics pertain to the film’s protagonist, warrior/king T’Challa (played by Chadwick Boseman) and his story as the Black Panther. Lines like, “I don’t even want your congratulations//I recognize you far as confidence//and calculated promises all in your conversations,” tease at possible questions and motivations for the Black Panther as he tries to lead and defend his hidden nation of Wakanda.

Another piece of the album was featured in the latest and final trailer of the film, which debuted at halftime at the CFU National Championship on Monday, Jan. 8. This trailer revealed no new major story points or characters, though Erik Killmonger (the film’s antagonist played by Michael B. Jordan) was given slightly more screen time. The trailer instead further flaunted the film’s look and soundtrack.

The title of the song played during the trailer is currently unknown, but the style and flow is unmistakably Kendrick’s. There is also a segment of the trailer with a verse by a second rapper. While details of the song haven’t been released yet, this author speculates that Vince Staples is the collaborating artist. Staples and Lamar have previously collaborated on, “Yeah Right.”

Lamar is nominated for seven Grammy awards, including album of the year for his latest work, “DAMN.” High profile wins at Grammy’s on Jan. 28, followed by an accompanying album to what promises to be a revolutionary super-hero movie, would only further solidify Kendrick Lamar as a cultural icon of rap and black culture.