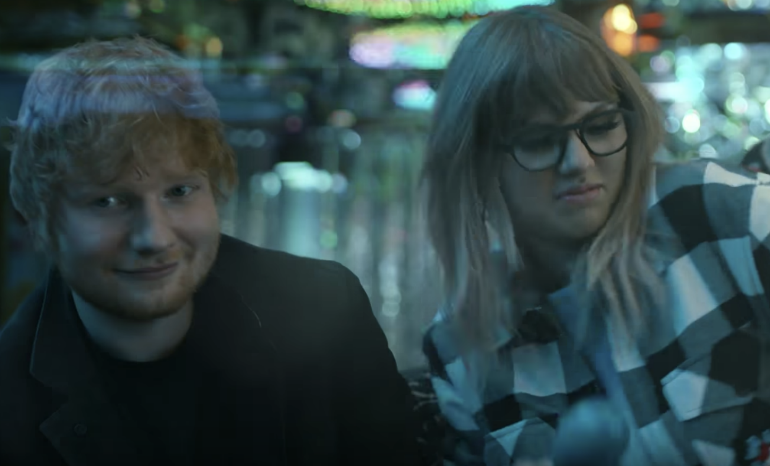 It’s no secret that Taylor Swift has a huge budget for her music videos. “Look What You Made Me Do,” the first single off of reputation, had a stellar music video with symbolism that could be picked apart in each scene. With her latest single, “End Game,” Swift pulls out all the stops and makes the most of her feature artists, Future and Ed Sheeran.

There were also many speculations that Katy Perry was making an appearance in the video. Fans found paparazzi shots that showed Swift doing choreography on a boat with a woman who looked very similar to the “Chained to the Rhythm” singer. Additionally, Perry also followed Swift on Twitter shortly after the video was filmed, further escalating rumors of her appearance in the video. Turns out, the female in the photos who looked like Perry was one of Swift’s dancers.

IM SO DISTRAUGHT THAT THIS WASNT @katyperry
I WANTED THEM TO UNITE AND TAKE OVER THE WORLD TOGETHER💔
LOVE BOTH OF YOU GALS@taylorswift13 #endgame pic.twitter.com/59lpitdQjo

Even though Perry did not make an appearance in the video, the fact that she refollowed Swift on Twitter after their highly publicized feud over the last few years is a sign that they might have rekindled their former friendship.

Onto the video itself… It’s a big party. A party on a yacht, a party in a bar, and a party in London. There are many highlights that we will break down for you. First, Future and Swift driving a Lamborghini during Future’s verse.

Second, Swift and Sheeran do shots in a bar, and Swift steals his glasses!

Third, Taylor with, what else, but a cat in the background! This could be one of her cats (Meredith?).

Fourth, Taylor plays a snake game on a portable console. The title is supposedly ENDGAME and she’s on level 13, an homage to her favorite number.

And lastly, Taylor walking over one of the most infamous bridges in London, The Millennium Bridge.

Overall, the video has an outstanding production value, great choreography, and fun party scenes to watch. It’s nice as a fan to see a side of Swift where she is laid back and having fun with her friends and dancers. Many of Swift’s videos so far in her career have told a story, but this one is really just showcasing the fun side of Taylor’s personality with a few, fun little symbolism pieces thrown in (i.e. the snake game, the level 13). It’s a nice change of pace and definitely worth the watch.

If you haven’t yet, check out the “End Game” video below and let us know your thoughts by tweeting us @Soundigest.