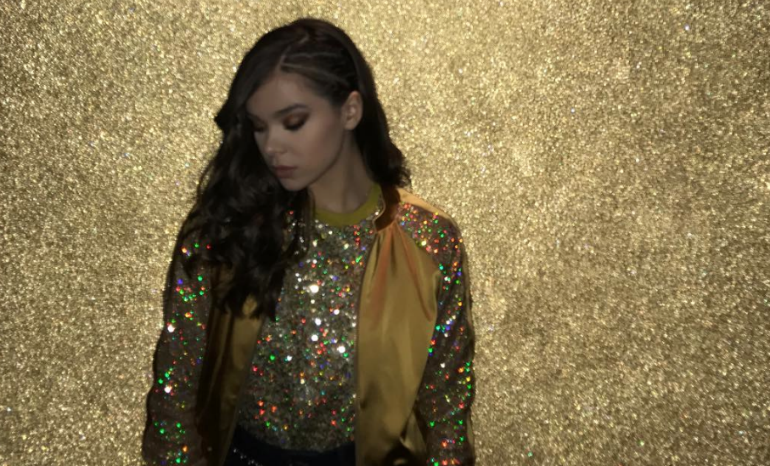 Hailee Steinfeld is trading in her Pitch Perfect acapella skills for some EDM with Bloodpop® on a track for the Fifty Shades Freed soundtrack. The two collab on “Capital Letters” is a pop/EDM blowout whipping with sharp lyrics backed by a twinkling and upbeat track. The soundtracks for the Fifty Shades of Grey franchise never disappoint, with hit songs in the past by The Weeknd, Beyoncé, Zayn and Taylor Swift, and more. Steinfeld took to Twitter this past week and teased her song while also releasing the full tracklist, featuring new songs by Julia Michaels, Sia, and many more. The soundtrack does not come out until February 9 but lucky for us, this track was released on Friday and it did not disappoint. Steinfeld and Bloodpop®’s collaboration is actually the lead song on the soundtrack and opens the album with a bang.

Here it is…a little teaser of #CapitalLetters off the #FiftyShadesFreed official motion picture soundtrack is coming this Friday January 12th! Get it the same day when you pre-order the full album. 🌹💋 pic.twitter.com/gOKodN8Ccd

Similar to “For You”, the collab by Rita Ora and Liam Payne for the album, the song is 100% pop. This is definitely a shift from the majority of songs from previous soundtracks. The Fifty Shades songs are typically associated with sensual, darker songs to along with the theme of the series.

Steinfeld’s smooth and soft voice compliments the song perfectly. The beat is not overbearing, which is definitely a strong point of all BloodPop® tracks. The accompaniment of drums and synth is a great touch making the song very memorable. “For worst or for better. Gonna give it to you, in capital letters,” sings Steinfeld at the end of the chorus. With this being the final film concluding with the wedding of the two protagonists, these lyrics tie everything up and put a bow on it. One of the best parts of the songs is the bridge at the end. It brings everything down to a slower beat that you want to clap and sing along with before heading back to the final chorus.

This track definitely set a pretty high bar for the rest of the soundtrack. BloodPop® has done a lot of remixes but his collaborations and original songs are on the rise and “Capital Letters” is a high point. Steinfeld, one of pops youngest and sparkling contenders, has delivered another sweet yet smart song. While the books and films may not be of the highest quality, at least we can count on the music for something to rave about.

Let us know your thoughts on the song below or on Twitter @Soundigest !