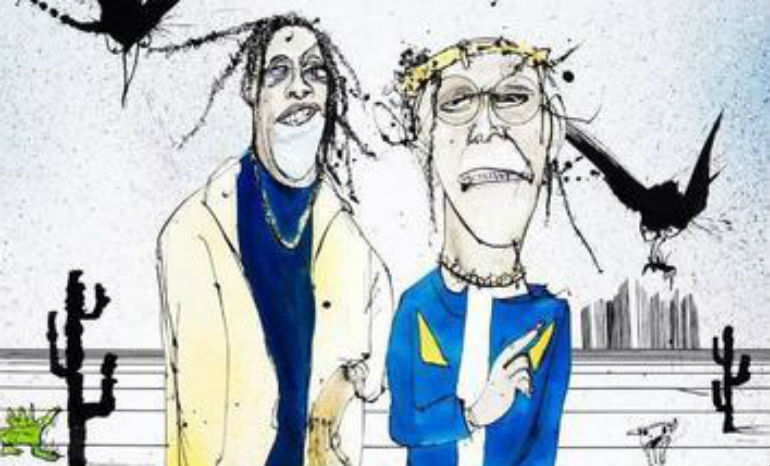 One of the most highly anticipated albums from 2017 was a rumored collaboration between Travis Scott and Migos member, Quavo. The album was first announced in December 2016 on Travis Scott’s Apple Music radio show, Wav Radio. The album was hinted by the two throughout all of 2017 until finally it was released on December 22nd. With Migos’ Culture II and Travis Scott’s Astroworld both slated to come out in 2018, Huncho Jack, Jack Huncho was also a way for the duo to promote their upcoming projects. Unfortunately, this album came out too late to be put on many best albums of 2017 lists but regardless, this album slaps.

Having been on songs together before such as Young Thug‘s “Pick Up the Phone” and Migos’ “Kelly Price,” people had high expectations for this project. A key thing that stood out to me from this project was the production. The songs on this album have fantastic production backing them. “Where U From,” “Black & Chinese” and “Dubai Shit” are some stand out tracks and are just so catchy. Another thing is that Travis Scott and Quavo were able to deliver even with minimum guests involved with the project. The only features on the album were on songs “Dubai Shit” featuring Offset and “Eye 2 Eye” with Takeoff.

A downside of Huncho Jack, Jack Huncho was the chemistry between the two rappers. With a Travis Scott and Quavo in mind, I thought there would be more charisma involved. Quavo and Travis Scott just did not seem to gel too well together. Another con was the amount of Travis Scott’s famous ad-libs that were on the songs. The phrase “It’s lit” is one of the more iconic ad-libs in recent music but just seems thrown out too much during some of Quavo’s verses on the tracks. Regardless of the negatives, Huncho Jack, Jack Huncho is still a solid album but there is a high chance that it will be underappreciated because of it being released at the end of 2017 despite being one of the better hip-hop projects of that year.

If you want to listen to the album then check it out HERE: