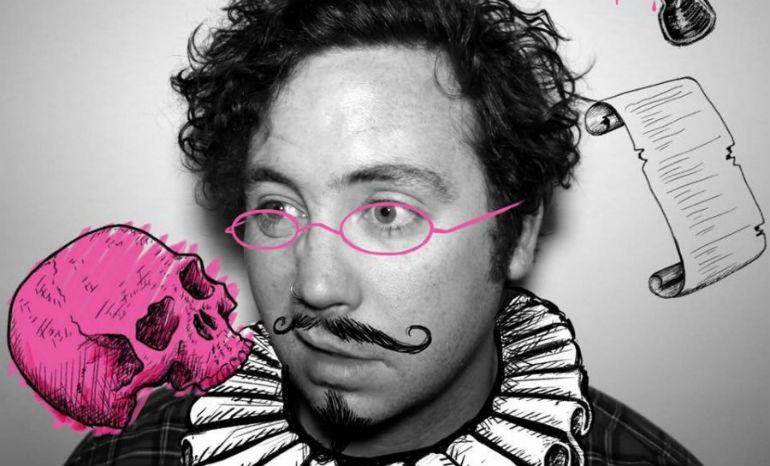 It’s safe to say 2017 was a challenging year for most of us, for many reasons. Indie artist Marty Shannon admits 2017 took him on a crazy roller coaster as well, but still managed to release his new single “You Got Me” and we got to chat with him about his new music and what he’ll be working on in 2018!

Hey Marty! Thanks for taking some time out to chat with us. You released your latest single “You Got Me” last month. Can you tell us about the inspiration behind the song?

“You Got Me” is a song that highlights that one person in your universe that you can’t ever seem to be free of, whether you want to or not. Sometimes, a hold so strong that can last a lifetime can be amazing. Other times, it can be devastating. This song is about either. Which one did I write it about? You got me!

What is your creative process like? Do you start writing with intention? Or does inspiration have to strike?

I’m always inspired to write and create. For me, personally, it’s just a matter of executing. I do everything myself in my studio, so I’m sort of at the mercy of my own productivity. I’ve been trying to move away from writing everything on guitar first because I think it limits me. Lately, I’ve been opening a new session on my computer and just building the track like Legos. It’s much more fulfilling and I come up with some stuff I would’ve never thought to write if I were just noodling on a guitar.

You have a very loyal social media following. What’s it like releasing new music and hearing their feedback?

My following has been a big part of the reason I’ve been so motivated to do everything myself. It’s hard finding and working with writers and producers that have the time and the personality that meshes with mine, and because of that, my fans are left waiting. They push me to sit myself down and go. I’ve always thought that if you were good at something, you have to give it to people, no matter what it is. Your gift is to give it to others. So, releasing music is my favorite thing to do. Hearing their responses is like doing drugs. But not cheap drugs, releasing music is expensive.

Your last EP Literally was released back in 2013. Can we expect a new project from you in the near future?

Literally was such an obstacle course from start to finish. It’s the other half of the reason I decided to become my own producer. I’ll never go that long in between projects again. I hurt my own feelings with the waiting period *laughs inwardly*. Expect a bunch of new songs in 2018 and a bunch of shows to follow suit.

You’re also the co-host of “The Brett Davern Show.” What does making a podcast look like from behind the scenes?

The podcast was/is a ton of fun. It’s currently on hiatus due to a garbage pile of reasons, but I’ve loved every second of it, even the annoying parts. It’s turned me into a more polished interviewer/interviewee and I got to see the way that world works from the other side of the microphone. It’s a lot of setup and planning, but once you get into the groove, it’s a blast. We did 4 episodes a day so we had a backlog of podcasts to drop. Getting guests was the hardest part. Podcasts are a dime a dozen nowadays, so trying to stand out was, like all things involving notoriety, pretty tough. But I made forever friends and learned some forever lessons.

The end of the year is quickly approaching. What were your best moments of 2017?

2017 was an *expletive* roller coaster. So much happened in my life and the country and the world that I’m actually ecstatic it’s over. Releasing “You Got Me” was easily the high point of the year for me. I’m sure when hindsight kicks in I won’t be so hard on this stupid year, but until then… kiss my ass, 2017!

And what do you hope for the new year?

As of right now, I’m sitting on the beach in my hometown of Sarasota, FL watching the cold waves roll in. It’s empty and windy and I love it. It’s calming and introspective and I think that’s where I want to be mentally in 2018. Every struggle I go through, I plan on closing my eyes and feeling this weather and hearing these waves. There’s so much in store for us in 2018… I can feel it. Can you?