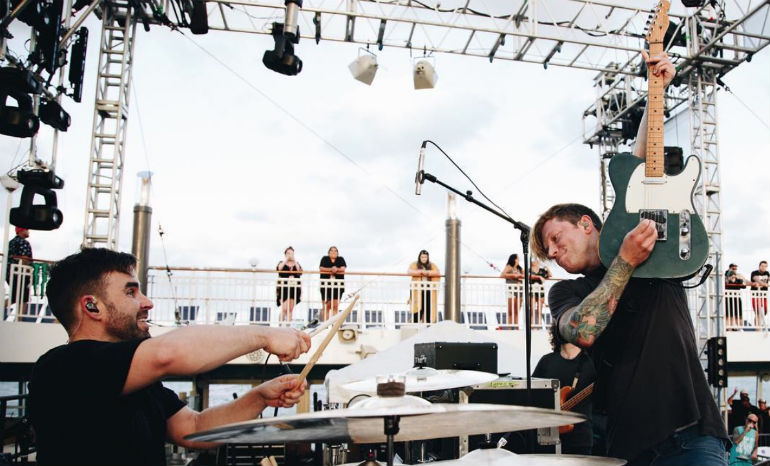 Mayday Parade‘s 2007 album, A Lesson In Romantics has officially been certified gold by the Recording Industry Association of America, or RIAA, as well as the record’s leading track, “Miserable at Best.”

This is a huge milestone for the band, following their full US (plus Canada) 10-year tour of the album that took place last spring, hitting cities like Houston, Anaheim, Vancouver, New York and more.

The album was certified gold on December 14 and the band made the announcement on January 10.

So what exactly does “going gold” mean? Well, it means that Mayday Parade has sold over 500,000 copies of the iconic emo album- that’s half a million! Crazy, I know.

The Tallahassee-based pop punk band has been around since it’s inception in 2005, so this certification has been long in the making. It’s only fitting that their first RIAA ranking goes to their debut studio album and our personal favorite.

To celebrate this long-awaited achievement, we’ve created a playlist of our favorite Mayday Parade songs of all time! Check it out below:

What are your favorite Mayday Parade songs (Perhaps “Jamie All Over” or “Oh Well, Oh Well”)? Do you think A Lesson In Romantics deserved gold? Leave us a comment or tweet us @soundigest!