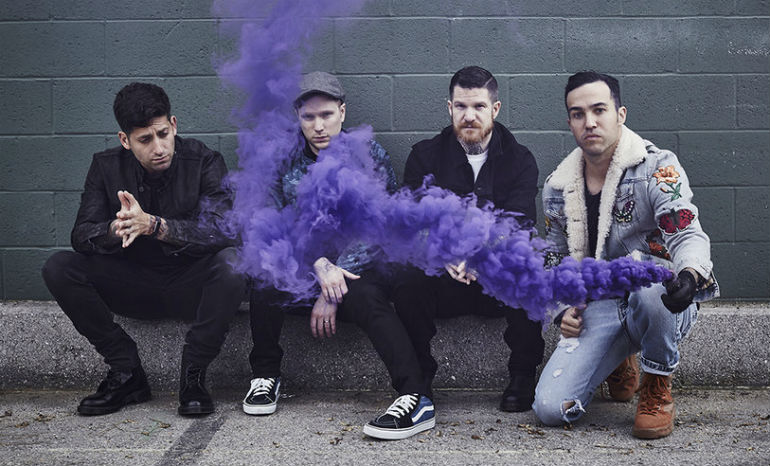 Fall Out Boy‘s seventh studio album “Mania” was released on January 19th, 2018. Like most of Fall Out Boy’s music, they did not disappoint with various references to pop culture within the songs and lyrics, much like in their previous pop rock album, “American Beauty/American Psycho.”

The band kept their strong drum builds and witty lyrics like in most of their music. However, it seems like the group is reinventing themselves this year. “Mania” is filled with catchy choruses, vocal tracks, breakdowns, and electronic drops. This album experiments with the electronic pop sound that we only saw small glimpses of in the past in songs like “Uma Thurman,” “My Songs Know What You Did In The Dark,” etc.

This trend of transforming from pop punk and rock to pop and electronic is a trend that may only continue for many normally traditional pop punk bands in the future. This trend is seen in not only “Mania” but also Paramore’s “After Laughter” and Panic! At The Disco‘s “Death Of A Bachelor”. Some of the band’s original fans are outraged by this change calling the band “sellouts” for “betraying” their original sound. At the same time, new fan bases are forming for the love of the new music.

“Mania” is a unique and different sound for Fall Out Boy. Some of the best songs on the track include “Stay Frosty Royal Milk Tea,” “The Last of the Real Ones,” and “Young And Menace.” Regardless if you are a fan of the band’s original sound or of their reinvented sound, Fall Out Boy is making developing changes that are worth checking out! Take a listen to “Mania” and don’t stop wearing black until they make a darker color!