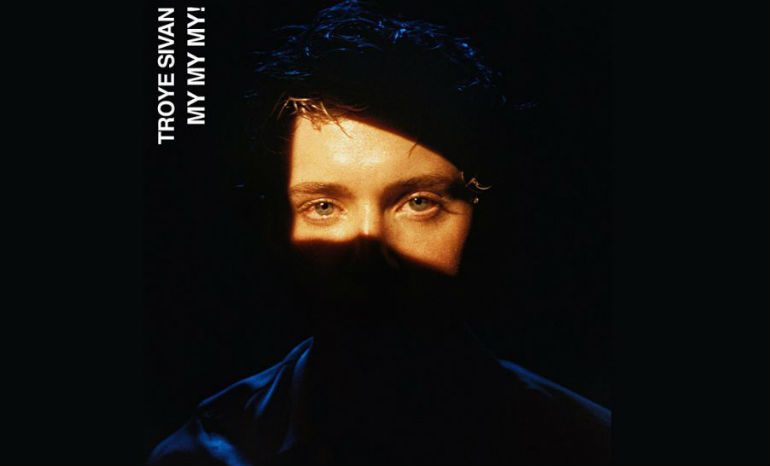 In the couple of weeks since Troye Sivan introduced “My My My!” to the world, the 22-year-old Australian singer has also released its music video and performed the song live on SNL. Sivan first began his career in entertainment as an actor and a prominent vlogger in the Youtube scene. With the release of his first album Blue Neighborhood in 2015, Sivan proved his ability to captivate audiences with through music. Now, Sivan is preparing to release his next studio album, with “My My My!” as the lead single.

The catchy, dance-ready anthem is an exclamation of unrestrained love and an indication of Sivan’s growing confidence in both his musical sense and sexuality. The music video for the song, which was created in collaboration with Spotify, features Sivan dancing freely throughout an industrial building and a handful of clips of shirtless male models peering into the camera. Against a backdrop of black and white tones and erratically flashing lights, Sivan’s uninhibited movements demonstrates pure liberation and he brought the same sultry performance to his SNL debut.

“My My My!” begins with simple layers of synths and Sivan’s vocals over a steady drum beat. Approaching the 45-second mark, the piece builds up to the chorus, padded with a lowered intonation of Sivan singing the titular phrase. The lyrics are an insanely catchy declaration of infatuation, proclaiming, “Oh my, my, my!//I die every night with you//Oh my, my, my!//Living for your every move.” While each verse is not particularly complex and follows an overall familiar pattern, it’s difficult not to feel the anticipation welling up during every occurrence of the pre-chorus and peaking at the split second of silence before the chorus drops.

The musical arrangement and lyrics of “My My My!” evoke a feeling of freedom similar to what Lorde expresses in “Green Light.” But, while Lorde’s song depicts the aftermath of a breakup, freedom, and moving on, Sivan is singing from the perspective of a someone who has reached the pinnacle of passion, where freedom is giving in to the euphoria of love.