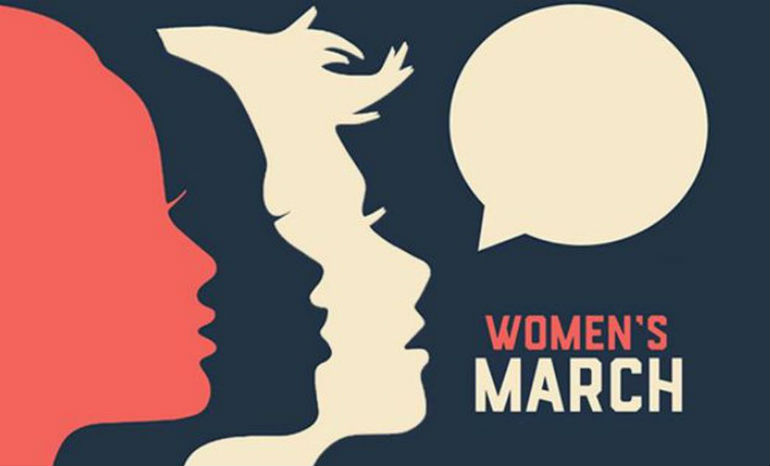 On Saturday, January 20th, the anniversary of one year of Donald Trump’s presidency, the second annual Women’s March was held in cities across the nation. Marches took place in D.C, Los Angeles, New York, Las Vegas, Philadelphia, Atlanta and Chicago. This year, the March’s theme was of particular importance to the global #MeToo and #TimesUp movement, which particularly escalated in Hollywood last year with the fall of disgraced film producer, Harvey Weinstein.

In LA and NY, several notable musicians took to the streets to protest and to use their voices for women around the world who aren’t able to use their own. Notable attendees this year included Yoko Ono,

Adele, who posted a photo of herself marching with actresses Jennifer Lawrence and Cameron Diaz, with a captivating caption explaining her reasons for marching.

and Halsey, who gave a powerful five-minute speech in which she recited a poem she had written about herself entitled, “A Story Like Mine.” Halsey posted a video of herself reciting the poem for her fans to see on her Twitter page:

here is my entire “A Story Like Mine” poem from today’s #WomensMarch2018 in NYC tw: rape / assault. Thank you. pic.twitter.com/l3fji73woM

The poem is beautifully written, with many of the lines rhyming with one another, and spoken with great command and confidence. The emphasis that Halsey brings to the topics of sexual assault, rape, abortion, and miscarriage have the Internet buzzing. We commend Halsey for bravely recounting these distressing events and using her voice to help others who have suffered through the very same traumatic experiences. Halsey also thanked everyone for the support of her poem on her Twitter page:

I’m truly humbled and overwhelmed by the support I’ve gotten in the past day. Im comforted and saddened by all who can relate. We are in this together.

As 2018 continues, the solidarity that the Women’s March brings to all of us, particularly women, is something that our society should constantly strive to have. Cohesion is power.