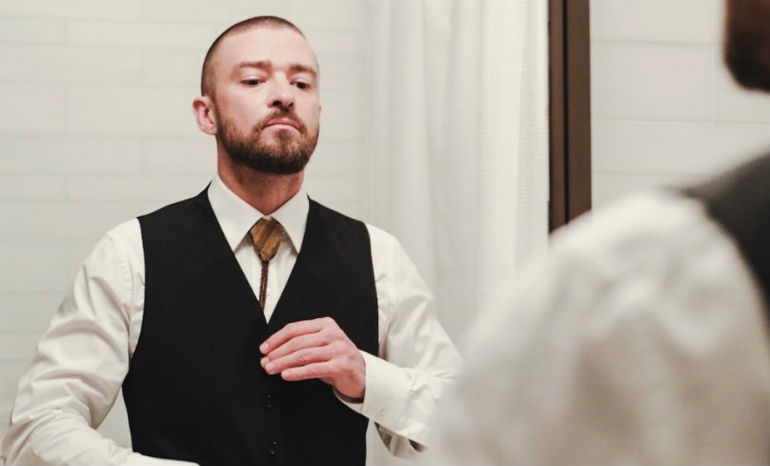 After almost 5 years, Justin Timberlake is releasing a new album! The 20/20 Experience: Part 2, released in 2013, is the last record he’s released until now. Justin is known for breaking boundaries and experimenting with new sounds, which is why we can’t wait to hear what his newest album Man of the Woods will sound like when it’s released on February 2nd. To get you excited for his upcoming release, here’s a list of our top 10 favorite JT songs!

10. “Rock Your Body” – This is not only catchy and great to sing along to, but it has one of the coolest music videos EVER. It’s a real-life Lite Brite!

9. “Let The Groove Get In” – Even as a Top-40 pop artist, Justin isn’t afraid to take risks which is something I admire. This song has latin influences and also samples “Wanna Be Startin’ Somethin'” by Michael Jackson AND the African rhythm song “Alhamdulillaahi.”

8. “Like I Love You” – There are so many great things about this song: the beat, Clipse’s rap, when JT says “drums” at the end with Pharrell…I can keep going! Also, this music video somehow makes convenience stores look like a fun place to hang out.

7. “Don’t Hold The Wall” – It has a tribal/epic feel to it and is a very visual song. I don’t know about you but when I listen, I can picture myself in a jungle! Justin has collaborated with Timbaland on many of his songs and this one proves that the two of them make an amazing team.

6. “Cry Me A River” – This is not only a sexy song but it has one of the most iconic music videos of the 2000s, which is an interpretation of his and Britney Spears’ high-profile breakup.

5. “What Goes Around…Comes Around” – This is not only a good song but is the ultimate FU anthem which makes it even better in my book! The production is fantastic; most of the song is a ballad with a beat, guitar strumming, and violin. Then, the bridge intensifies with Timbaland coming into the mix. Oh, also Scarlett Johansson stars in this mini-movie music video and who doesn’t love ScarJo?!

4. “Can’t Stop The Feeling!” – Even though you couldn’t escape this song during the summer of 2016, I never once got sick of it. It instantly puts me in a great mood and many people seem to agree. It was the #9 Billboard Hot 100 song that year!

3. “LoveStoned” – This is one of my all time favorite JT songs and I find it to be one of his most underrated singles. It was barely played on the radio and in my opinion, never got the credit it deserves. “LoveStoned” is a fantastic dance track and my favorite part? The guitar solo as soon as the bridge hits. So good!

2. “My Love” – JT has collaborated with many rappers like 50 Cent, Jay-Z, and Snoop Dogg. This song featuring T.I. happens to by my favorite of his rapping collaborations. The two blend together so well to make this song both sultry and edgy. I may or may not have attempted to learn the rap AND music video dance when I was younger…and didn’t have much success!

1. “Losing My Way” – Even though Justin’s typically known for upbeat and happy songs, “Losing My Way” is different. It has dark and deep lyrics yet has an inspirational message. His vocals are showcased so well throughout the song and the choir adds a beautiful element that makes this one of my favorite ballads ever.