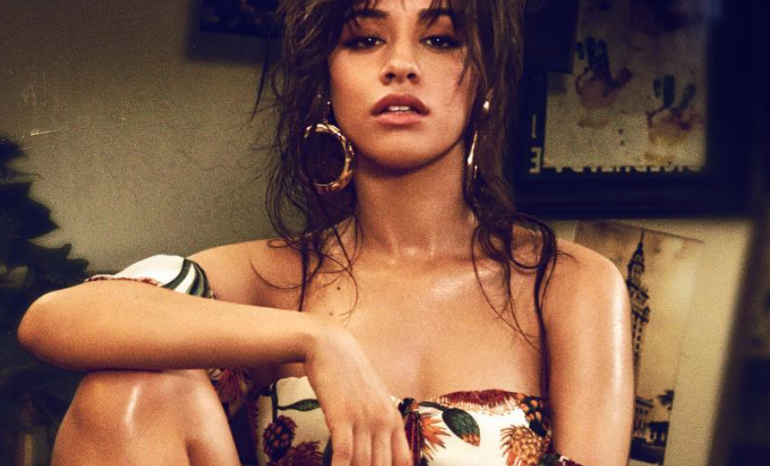 The 10 track album is not only a coming out party, but an introduction to a pop artist who will likely be seeing continued success throughout the year of 2018.

Back in 2017, Cabello released singles “Crying in the Club” followed by “OMG,” as well as “Havana.” Unlike “Crying in the Club” and “OMG,” the lead single from the album, “Havana,” took off in a way no one expected, including Cabello herself. The fire behind “Havana” is found in all ten songs released. The confidence in the sounds of a few stand out tracks, including follow up single “Never Be The Same,” are likely to dominate airwaves for quite a while.

Another fan favorite, “Something’s Gotta Give,” features Cabello softly and powerfully questioning her decision to leave a situation she’s been stuck in. The lyrics “no reason to stay//is a good reason to go” seems as if she feels like she had given everything she had to a relationship that has hit a plateau. If fans are correct in their theories, it sounds like Cabello’s decision to “go” from her Fifth Harmony band mates was the absolute best decision she has made in her young life.

Fans of Camila aren’t the only ones obsessed with the album, though! She has had quite a few celebrities reach out to show their love and support.

Troye Sivan tweeted out a reminder that this album was really going to shock fans.

VERY IMPORTANT reminder: #CAMILA by @Camila_Cabello is about to really do it on us 🤷🏼‍♂️

Previous tour buddy Shawn Mendes shared how proud he was as well.

Lucy Hale even said she was Camilas biggest fan!

This fucked me uppp 🙌🏻 Camila I’m your biggest fan https://t.co/SRq9wP1Drs

Demi Lovato, who met Camila when she first auditioned for X-Factor, had some amazing words for the star in a video that she tweeted out.

.@ddlovato Talking about Never Be The Same and Camila in her recent livestream pic.twitter.com/RJ7CaJJt55

At a live show, Keith Urban and Kelsea Ballerini covered “Never Be the Same” putting a country twist on the hit, and according to Camila it was “magical.”

The legendary Elton John shared that he has Camila on his “New Music Friday” playlist.

During a twitter Q&A, Kelly Clarkson told a fan that she has been digging Camila’s vibe.

As of last week, the album debuted at #1 on the Billboard 200 albums chart. Simultaneously, Cabello’s single “Havana” also reached #1 on the Billboard Hot 100. She is the first artist to achieve this milestone since Beyoncé’s solo debut week in 2003. Wow, Camila… we are SHOOK.