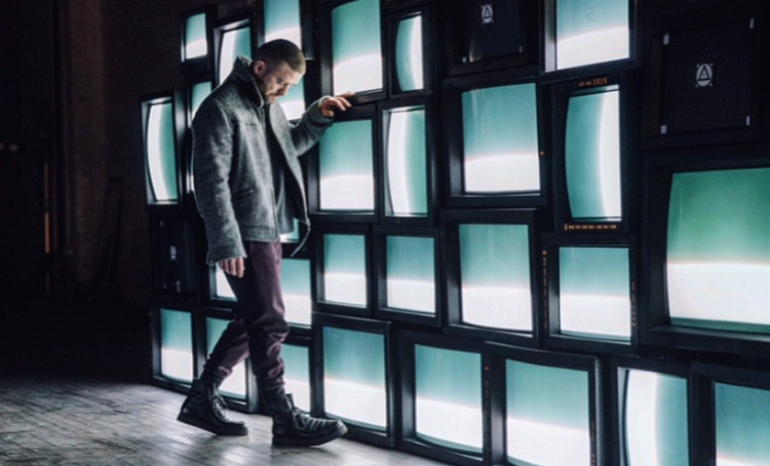 With the video for his new song “Supplies,” Justin Timberlake has either achieved a high level of enlightenment, or successfully blended hyper-real images together in such a stylized way that he’s tricked viewers into believing that there is some profound hidden message. Chances are the latter is more accurate, but some fans have probably cooked up theories already that Timberlake’s use of white-painted crocodiles and post-apocalyptic children in this video are his ways of trying to guide the rest of us into opening our third eye.

Although the video dives into some strange and surreal territory (like the crocodiles and children) there are noteworthy moments of grounded imagery, which pertain to the real-world events.

The video opens with Timberlake sitting in front of dozens of TVs all stacked on top of one another. The screens show the faces of people like Harvey Weinstein, Kevin Spacey and President Donald Trump. Also flashing on the TVs are images of the #MeToo protests that have sparked recently and have revealed the widespread impact of sexual assault. Other references to social issues like gun violence and immigration can be seen on the screens before cutting to a reaction shot from Timberlake. His face shows overwhelming rage, and with that, the rest of the video begins and these images are only brought up again in brief flashes.

The single “Supplies,” is featured on Timberlake’s upcoming album Man of the Woods, which is set to be released on February 2nd, 2018. The song is reminiscent and as easily enjoyable as any of Timberlake’s recent hits. It also has a creative idea on what it takes to be in a proper romantic relationship (hint: it takes supplies).

There is absolutely a disconnect between the content of the song itself and the strange content of the video, but then, who is to say what J.T. can or can’t be doing while he sings his song? I personally don’t feel it’s necessary to try and decipher the meaning behind Timberlake burning down an Illuminati pyramid and then driving away in a hyper-speed jeep. Coupled with those, the slight references to movements like #MeToo seem a bit out of place and misused in this hyper-reality, at least to me.

But, who knows what might be deciphered by Timberlake’s countless other followers who have the chance to watch this video. A teacher of mine once said, “The artist is entitled to whatever the interpreters might find in their work,” so if Timberlake’s fans think that he is predicting the end of the world, I say more power to J.T. to take credit of that message.