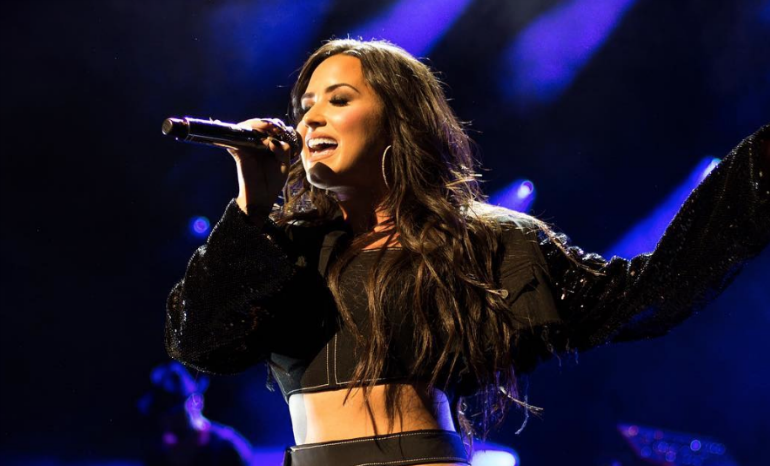 Demi Lovato is one pop star who has always been known to use her voice for more than just singing. As an advocate for breaking down the stigma around mental health, Lovato, who has been extremely vocal about her own struggles with mental illness, is using her tour to give back to fans who may be dealing with similar obstacles.

Cast Centers On Tour was first introduced in 2016, while Lovato was touring the country with her friend, Nick Jonas (Sound familiar?). Lovato herself was a guest speaker at several of the pre-show sessions, sharing her own personal stories with fans in an intimate setting with no phones or media equipment allowed. The space is created solely for fans of Lovato to feel safe, vulnerable, powerful, and most importantly, hopeful for the future and what’s to come for those fighting their own mental battles each day. Some memorable speakers from the last tour include Nick Jonas, Joe Jonas, Bea Miller, and Demi’s manager Phil McIntyre, who each came in and spoke about different obstacles they have overcome.

CAST is a therapy session of sorts. Before each concert on her upcoming headlining arena tour, Demi Lovato is allowing a handful of fans to attend a seminar in which guest speakers graciously share their stories of hard times and struggles, in hopes to inspire others to reach out for a helping hand.

Lovato announced on GMA this past week that she will be bringing along Mike Bayer, the man who created Cast Centers, and to whom she credits her own sobriety, to lead the seminars again on her upcoming tour. This gives many Demi Lovato fans the chance to share their own stories, receive advice, and raise awareness to break the stigma around mental illness.

.@ddlovato is bringing @castcenters on tour to provide free therapy and wellness sessions before concerts for fans! pic.twitter.com/F8zYQLytzl

Cast Centers also has a location in West Hollywood where they have their own clinical staff to treat patients who suffer from mental illness’ such as depression, anxiety, addiction, other co-existing disorders. CAST offers customizable treatment programs depending on their patients’ needs as well as partial hospitalization, intensive outpatient and transitional living.

Make sure to check out a CAST seminar this spring on Demi’s upcoming tour dates. For more information on how to attend, check out their website here.