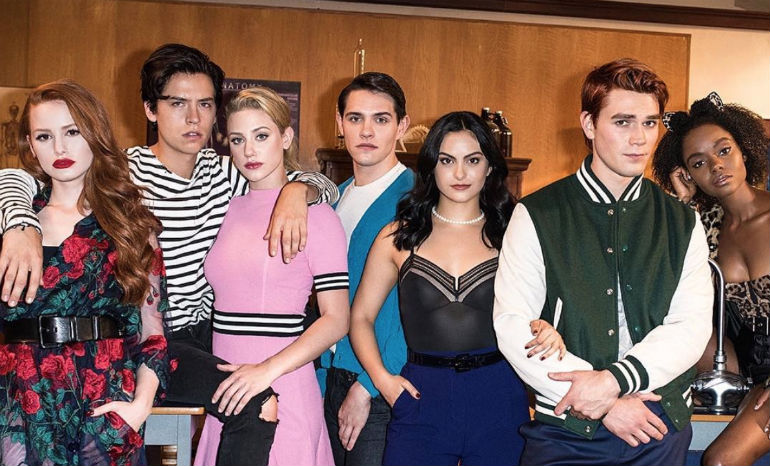 The CW‘s hit teen drama, Riverdale has taken the world by storm. Netflix picked up the show’s first season, this summer, allowing the Netflix obsessed—like myself—to binge-watch the entire first season in a week rocketing Riverdale to an almost instant success. With its moody cinematography, amazing cast, and twists-and-turns to spare this show had fans hooked from episode ONE. Riverdale is currently on its second season and has just returned from its winter break and this past Wednesday the show’s creator confirmed that there will be a musical episode coming this spring. If you’re a fan of the show you know that there must be some dark twist to this news and if you thought the same thing you’re most definitely right! Writer Roberto Aguirre Sacasa tweeted:

Dream episode of #Riverdale coming up! “CARRIE: The Musical” is happening!!! pic.twitter.com/sn80HFLzfv

So, it looks like Riverdale is going to channel their inner Stephen King and bring the horror classic, Carrie to the small town of Riverdale. The episode will be framed around the premise of a school musical. The iconic role of Carrie White goes to Cheryl Blossom played by actress Madelaine Petsch while other fan favorites like Archie and Betty are playing Tommy Ross and Sue Snell. All the frame work for some good Wednesday night D R A M A! It’s for sure an episode I wouldn’t want to miss.

Riverdale isn’t new when it comes to musical numbers. With Josie and the Pussycats and Archie Andrews, footballer turned musician, Riverdale has had its fair share of musical performances. There have been performances of Donna Summer’s “I Feel Love,” “Out Tonight” from RENT and an original song, “All For Me.” But this “Carrie” themed episode marks the shows first foray into a full-blown musical. Most of the cast has already sung on-screen before, so here’s to hoping the rest of the cast can rise to the occasion!

What do you think of a Riverdale Muscial? Tweet us @soundigest!