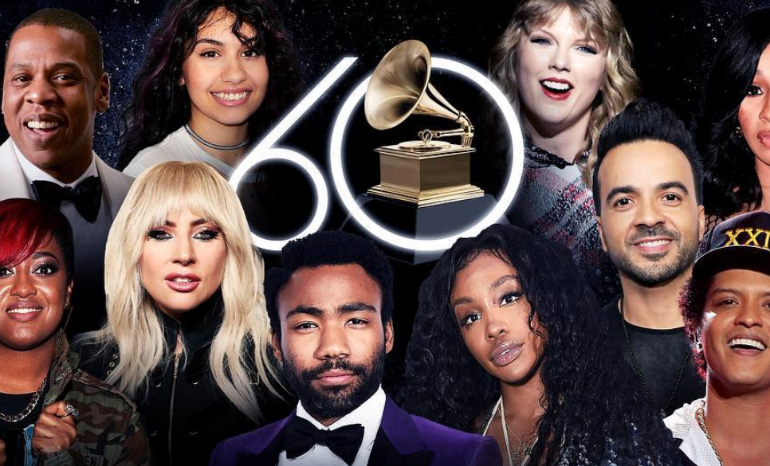 Taking place in New York City for the first time since 2003, the 60th Annual Grammy Awards was anything but uneventful. This year, we continued to see stellar performances and talented artists, both old and new, bring home the bacon. We also witnessed a hefty amount of commentary on the country’s current political and social climate (because what’s a highly-publicized event in 2018 without a reference to the President?).

Unlike the Golden Globes, where supporters wore black in solidarity against sexual harassment, proponents of the Time’s Up Movement during the 2018 Grammys incorporated a white rose in their ensemble. This socially-charged fashion statement was made by attendees all across the board, from Cardi B to Lady Gaga to New York Mayor Bill de Blasio.

Presenter Janelle Monáe delivered a powerful message while introducing Kesha’s performance, acknowledging “women from all sectors” of the music industry and stating “We come in peace… but we mean business.”

Accompanied by Camila Cabello, Andra Day, Cyndi Lauper, Julia Michaels, Bebe Rexha, and the Resistance Revival Chorus, Kesha gave an emotional performance of “Praying”, a deeply personal song that arose from her own experiences with sexual harassment and abuse.

“after everything you’ve done I can thank you for how strong I have become” thank you to the @recordingacademy, the women on stage with me tonight, and everyone who has supported me through this whole journey.

Childish Gambino (Donald Glover) took the stage for his Grammy debut with “Terrified”. Belting out the high notes alongside the artist was 10-year-old JD McCrary, who was featured on the same track from the album Awaken, My Love!.

In her second ever performance at the Grammys, Miley Cyrus joined legend Sir Elton John in a duet of “Tiny Dancer”. This comes a few days after Elton John announced his final tour “after more than half a century on the road”.

As an introducer for one of the performances, Camila Cabello used her moment onstage to remind us that her path is not all that different from other child immigrants. She stated “I’m here on this stage tonight because, just like the DREAMers, my parents brought me to this country with nothing in their pockets but hope […] all I know is, just like dreams, these kids can’t be forgotten and are worth fighting for”.

James Corden produced a fake audition for a spoken-word reading of Fire and Fury, a behind-the-scenes biography of President Donald Trump. The “winner” of the audition was none other than Hillary Clinton, although Cardi B’s disbelieving response to the book was probably the most relatable – “This how he lives his life?” The display of politics during the 2018 Grammys has not been without controversy, and the U.S. Ambassador to the United Nations, Nikki Haley, denounced the inclusion of the sketch.

Kendrick Lamar earned a standing ovation for his powerful opening performance at the #Grammys https://t.co/3URQrXKeKs pic.twitter.com/FoxA6iO5rT

Bruno Mars became the most decorated nominee of the evening after snagging not only Song of the Year with “That’s What I Like”, but also Record of the Year (“24K Magic”) and Album of the Year (24K Magic). In addition to these big three, he won three other prizes, bringing home a total of six Grammys this year.

While fans of Kendrick Lamar may have felt he was snubbed for Album of the Year, Lamar won five trophies at the awards ceremony and completely swept the Rap category clean, which is no small feat. This is the most number of Grammys he has acquired in a single year.

In their first-time nomination, The War on Drugs beat out Grammys veteran Metallica to win Best Rock Album for A Deeper Understanding.

Best Spoken Word Album went to Carrie Fisher’s The Princess Diarist, resulting in a posthumous award for the actress of Star Wars fame.

Alessia Cara won Best New Artist. In a year where all the major categories were dominated by males, it was refreshing to see a female artist take home a trophy.

Congrats to all of those who have won and were nominated for this year's #GRAMMYs . Hopefully next year diversity will play a major role in the nominations and winners!

Losing doesn’t seem so bad when the consolation prize is a puppy.

Didn't win a #GRAMMY? That's okay, you can get a consolation puppy.

Watch The #GRAMMYs now on CBS and CBS All Access: https://t.co/rtZ7sSGFOC pic.twitter.com/d2qratWobI