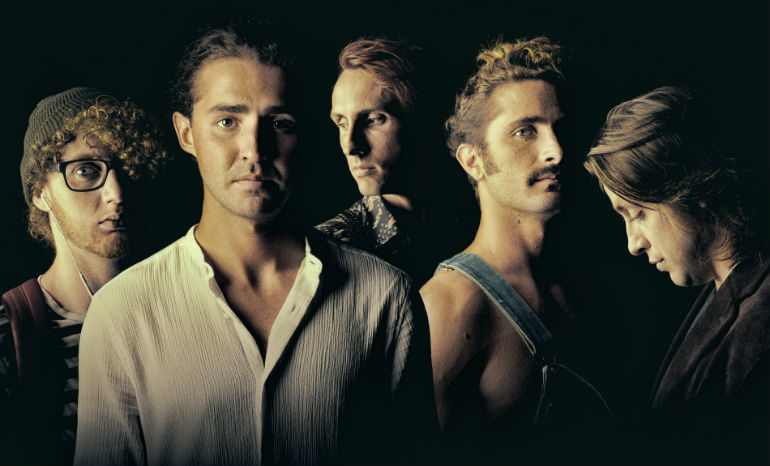 John Keith Culbreth (aka Cubby) was once just a sixteen year old with a passion for music. Inspired by another classmates music, he joined forces with Will Blackburn and a few others along the way and thus, Stop Light Observations was created. Through hard work, dedication, and endless rehearsals, this band has made a name for themselves and is on the way to an extremely successful career. We had the opportunity to sit back with them and ask a few questions about their aspirations and success.

What was it like getting to perform at Bonnaroo?

It was a dream come true. Having all our fans push us through and then actually show up to the festival and cheer us on was a top memory in our lives.

What has been your favorite memory from your recent winter tour?

Probably our last show in NYC. Our fans in the big apple are unreal. Sold out show with tons of energy…Christmas and holiday spirit all around us. Also a favorite memory was eating at this low key Chinese restaurant in Greenville, SC and having a hilarious waitress who went along with our debauchery…ended up being a very messy and tear jerking meal.

What is the writing process like for you? How long does it take to compose an individual piece?

It varies song to song. But for the most part it one or two ways. One ways is an idea comes to me like a philosophical statement, word, or phrase and then I write it down in google docs, then later…maybe years later…when a melody of chord progression comes to me I’ll look in my phone and pick an idea that vibes with it and then open my mouth and watch it grow. The other way is I’ll just grab a guitar and like magic watch an entire composition flow from the nowhere into the present reality. The old saying is true..it’s not me…it comes from somewhere else.

Where is your favorite place to perform?

What do you hope to achieve within the next year?

We are currently shopping management which is such an important part to any great artist’s career. We hope to find someone that really understands our vision and is eager to be as provocative and exciting as we hope to be. Most importantly though we hope to achieve an even tighter brotherhood and family with our fans.

If you could perform at any other music festival, which would you choose?

Probably Chewbacca Fest…it’s located on the planet Kashyyyk and invites and accepts all races, sexualities, economic statuses, political and religious views, and even life forms to come and delve into the magical mysteries of Donny Osmond tribute band music. Heard it’s [fire].

What is your favorite song to perform from Radiation?

What was your favorite part of creating The Volume releases?

Maybe favorite part was and still is the boundless creative freedom and the consistent excitement of recording and releasing music to our fans and building a vibe and story that speaks for itself.

What’s next on the agenda for you guys?

To keep pushing for a more defined yet boundless musical direction. Like a rainbow spectrum of colors that are all fit by an invisible yet recognizable filter. The Beatles did it so well. The industry wants bands to settle on a sound because it connects so well while artists want to be free because that is what the spirit needs…finding that perfect balance is definitely on the agenda.