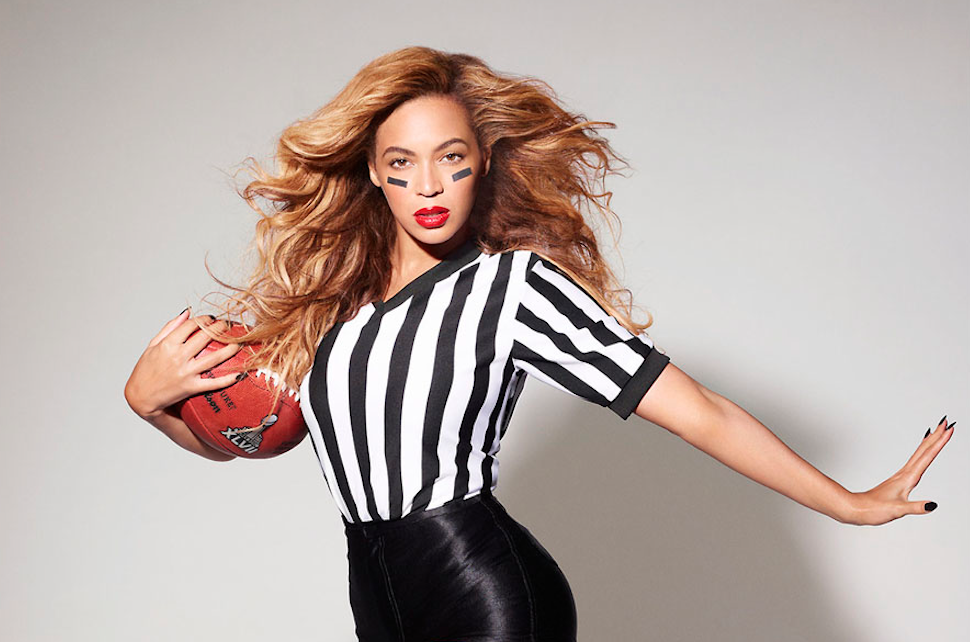 Okay, sports fans… it’s almost time for the best night of the year: The Super Bowl! Like you, we can’t wait to see the big game between the Philadelphia Eagles and the New England Patriots this Sunday. But, if we’re being completely honest, what we really can’t wait for is the halftime performance. We mean, can you blame us?!

Of course, we don’t know what’s going to happen on Sunday when it comes to the game, but what we absolutely do know for sure is that history is going to be made. Why? Well, because it will mark the first time EVER that an artist has performed at the halftime show a grand total of three times!

With his new single, “Filthy,” out now,  and his album Man of the Woods on its way, there’s no better time for Justin Timberlake to take command of a stadium and show us what he’s been working on since The 20/20 Experience Part Two, don’t you think? But even though we couldn’t be any more excited for what’s to come during this year’s halftime show, we still have to look back at year’s past because, the truth is, some of the most iconic performances ever have happened in the middle of that little game we call the Super Bowl.

Without further ado, here are the most memorable Super Bowl performances to ever happen, according to, well, us:

The halftime show during Super Bowl XXXV back in 2001 had a little something for everyone because not only did Aerosmith perform, but *NSYNC, Britney Spears and Nelly joined him onstage as well! This one performance managed to capture the attention of a variety of different generations, as these artists took the stage with confidence to sing songs like “Walk This Way” and “Bye Bye Bye.”

We’re not sure about you, but we were totally SHOOK when Beyoncé performed at the halftime show in 2013. Not only did she slay performances of “Run The World,” “Love on Top,” “Crazy in Love” and more, but she also brought out the rest of Destiny’s Child to perform classic hits like “Baby Boy,” “Bootylicious,” “Independent Women” and “Single Ladies.” What a show!

This performance makes it on our list, and unfortunately, not for good reason. This halftime show was the one where Justin Timberlake exposed Janet Jackson‘s nipple, causing debates nationwide about whether he did it on purpose or not. TBH, people are still really upset about what went down at this halftime show, and many fought back against the decision to have him perform again this year. Whether the nip-slip was done on purpose or not, we’ve gotta say, the performance, aside from that moment, was very entertaining. Hopefully this year everyone can remain fully-clothed while also putting on an epic performance.

When Beyoncé was about to drop her most recent full-length LP, Lemonade, she performed the albums single “Formation” at the Super Bowl 50 halftime show. Not only was the performance memorable because she literally got in formation with her backup dancers to perform the empowering track, but she also had an epic dance and performance battle with none other than Bruno Mars. Together, the performance was magic, and although Bey got a lot of heat for the politically charged performance, it still lands on our list of most memorable (and not to mention, most impressive) halftime performances.

This list would absolutely not be complete without referencing Lady Gaga‘s mind-blowing performance from last year’s Super Bowl. Gaga also got political with her performance by singing American anthems like “This Land is Your Land” and “God Bless America,” before singing a slew of her hits like “Born This Way,” “Just Dance,” “Bad Romance,” and more. She even gave those who were unfamiliar a taste of her most recent album, Joanne, by singing one of our absolute favorites, “Million Reasons.”

What were some of your favorite Super Bowl halftime performances? Let us know in the comments below, or tweet us @soundigest!