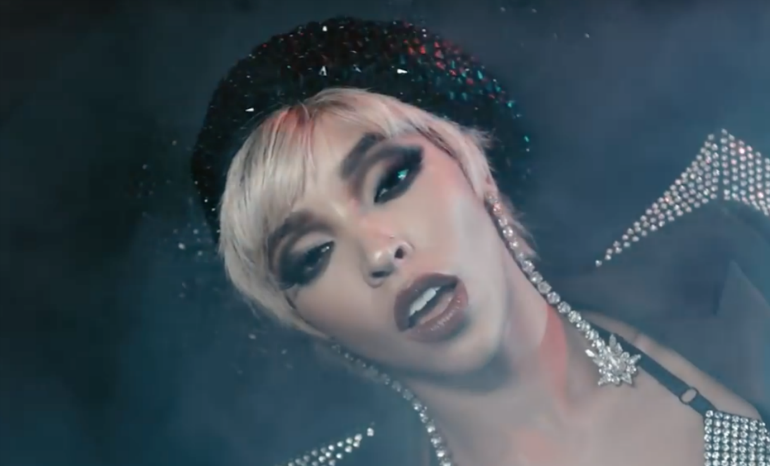 Tinashe recently released her new video for her single, “No Drama” featuring Offset from Migos. The video is heavy on choreography, as many shots feature Tinashe with her dancers, and they almost act as her entourage in the video. The group can be seen strutting down a dark hallway in the video between shots of her in other amazing outfits and a dark jail cell accompanied by chains. The beat offers a chance for some epic choreography and Tinashe definitely took advantage of the opportunity. With her background in dance, it’s nice to see singers put on a performance like this and Tinashe definitely did not hold back.

The singer’s wardrobe allows her to stand out in all of the shots, despite the dark lighting of the video. Her sparkly outfits have her front and center as she sings about telling the haters she doesn’t want “no drama.”  Rhinestones and sparkles aside, Tinashe show us that she isn’t taking any sh*t from anyone.

Offset also makes an appearance in the video during his verse in the song, showing shots of him iced out and in a jail cell-like room.  Tinashe is also seen in clips dancing next to Offset as they come together for the chorus.

Full of attitude and boss b*itch vibes, Tinashe definitely brings her newest track to life with her visuals, convincing viewers to live life drama free.  This is one of three new singles that Tinashe has teased on social media, and all are expected to be on her new album, Joyride. Check out the video below and let us know what you think in the comments, or tweet us @Soundigest!