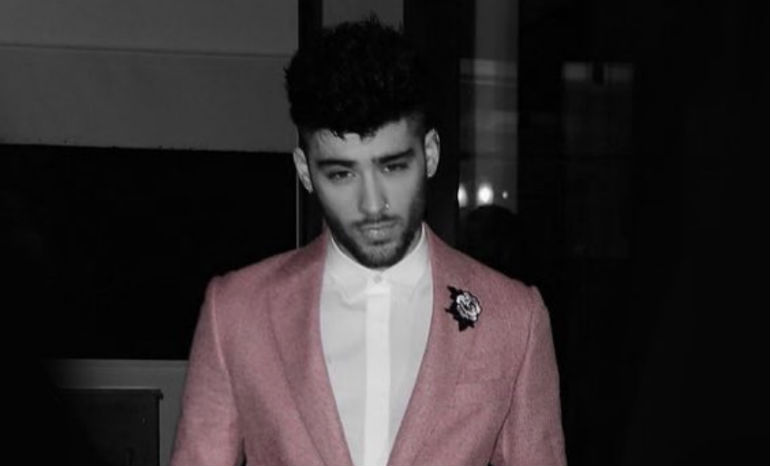 Two years after his debut album, Mind of Mine, could it be that Zayn Malik is teasing new music? Well, fans definitely seem to think so after the former One Direction member posted video clips and poems on both Instagram and Twitter. This would be Zayn’s second solo album since his departure from One Direction in 2015.  In late 2017 the star did say he was working on another album, and hopefully these clips mean it’s almost time! His latest release was chart topping “Dusk Till Dawn,” featuring Sia.

As we were saying, Zayn posted video clips on Instagram and Twitter of him “jammin” on a guitar. In the clips he’s seen strumming away singing the lyrics “I see you every night//Always on my mind//Always on my mind//Take your time//I know you’re mine.”  The grainy footage looks almost like a home movie, giving us the feeling that we are getting a rare chance to look into Zayn’s life.

We think we can speak for all of us when we say that many have been waiting for his second album for a long time, and the Zquad definitely took to twitter to express all of their feelings about the clip.

Not only did he post the surprise video, but he’s also been posting many poems or “zoems” over the last few days, leaving many thinking that those could also be possible lyrics in potential upcoming songs.  Theses poems give fans a look into Zayn’s mind they seldom normally get since he’s such a private person.

Zayn also recently shared the word “studio” on his Insta while one of the co-writers on his hit single “Pillowtalk,” MYKL,  posted a picture in the studio with the caption “@zayn #2018,” so it seems like an obvious nod that there’s more to come this year. The singer has also been seen leaving recording studios in New York City. When it comes to the fans, our eyes are definitely out for clues, and we’re very hopeful that a sophomore album is in the works for Zayn as we speak.

One thought on “Is Zayn Teasing His Sophomore Album on Social Media?”