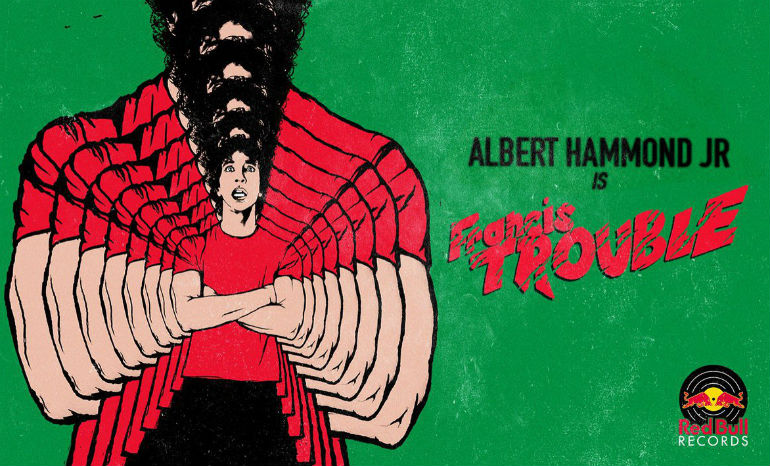 The Strokes member, Albert Hammond Jr., has recently announced his fourth studio album Francis Trouble. The album is said to be inspired by his stillborn twin and the effects that it’s had on him through out his life and career.

The announcement was made with the albums first single “Muted Beatings,” which he performed live on Conan. The song showcases Hammond Jr.’s talent of playing guitar-pop hooks and foreshadows the new album having very intimate moments. With this album, Hammond Jr. says he explores his identity and the influence of his twin’s death.

In a press release he stated that “In November of 1979, Hammond Jr.’s mother, Claudia, miscarried. Although they rushed to the hospital, Claudia and Albert Hammond Sr. were told that the baby [Francis] was far too premature to live. Albert continued to grow inside of his mother undetected until she was nearly six months pregnant.  Although he had always known of the existence of Francis, it was not until he was 36 years old that he learned from an aunt that part of Francis had remained behind in the womb and was born alongside him—a fingernail.”

Hammond Jr. also expressed that even though the music may be inspired by intense subjects in his life, the music itself should be taken with a few grains of salt. The music shouldn’t be analyzed, questioned, or taken very seriously.

Thank you LA and Las Vegas for such an amazing experience. I hope you stayed around to see @thekillers 😬 Thanks to #thekillers for having me at these shows! Two left! See you at 8:25pm tomorrow Bloomfield! 📸 @erina_uemura

Francis Trouble is set to be released on May 9th via Red Bull Records, with a total of ten songs under it’s belt. Hammond Jr. is also currently on tour with The Killers, will be opening for Franz Ferdinand in the UK, and has announced a US spring tour.